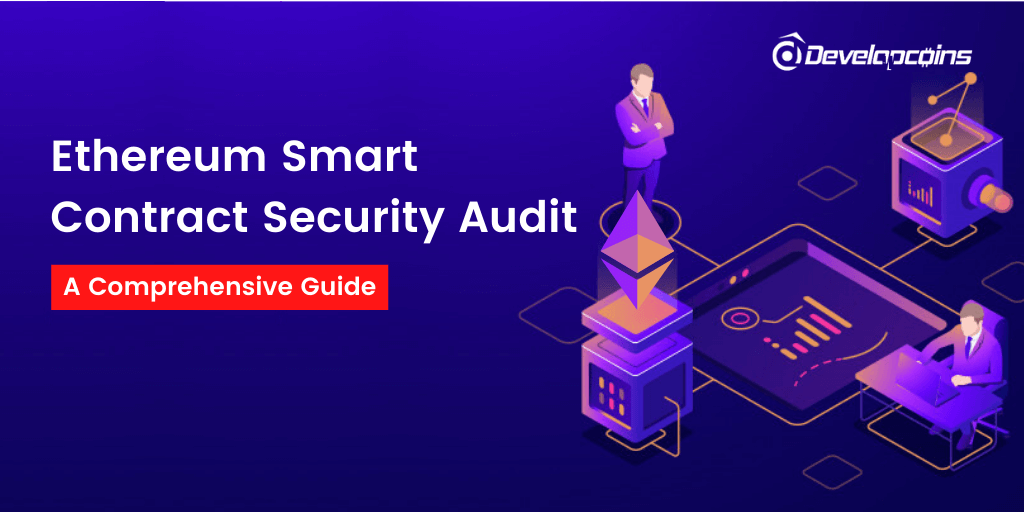 Smart Contract usage is now obviously increasing and started to enormous effective results which resulted in, paying a way to influence all fields. As a smart contract is built in the blockchain platform which is decentralized to make it transparent and peer-to-peer connection of blocks in blockchain makes the transaction easier and also unbreakable. If there is a small change in one block then it will reflect in the entire network which is an added benefit to be safe from hacking, cheat, frauds, etc among traders in the business field.

Anyway, to suit well with this fast-moving world, everything should be in the update, mainly the technologies which we are using for daily life so it indicates the demand of smart contract audit, which we are going to see for the familiar ethereum smart contract security audit by outstanding smart contract development service provider, Developcoins.

Smart Contract which is act as a bridge between the two particular people or to a set of group of person to build trust between those persons. And that becomes an easy task for smart contract because it held the base as blockchain which is widely known for its unbreakable & transparent nature and these both combinations only provide a added benefit for the users.

Even though the blockchain is safe and it can safeguard itself, what about the applications which run on it as base like smart contract. There is a lot of chance to get the bug, which can also create ways for other things like losing money or infamous hacks like happened in DAO (Decentralized Autonomous Organization).

Further Read: How to audit a smart contract audit? A step-by-step beginners guide.

Automatic code analysis - This analysis aid the developers to save time and also easily identified the bugs and vulnerabilities but as everyone says everything has some dark side, this automated code analysis also bring some disadvantages like false identification and chance of missing of vulnerabilities. So, it is always wise to analyze the smart contract code manually.

Thus to overcome such things and fix the bugs having ethereum smart contract audit is highly recommended.

To find the vulnerabilities in the smart contract which is the very first thing lead to getting smart contract auditing. And to find that there are some codes like Oyente which is launched in 2016, even though it is out of date it to find the recent threats, it is still a valuable one. Then comes, the advanced tool named Maian which easily detects the threats in the smart contract though it has high risk as it also pays the easy way for hackers so this maian is not released. Instead of that, Mythril can be effectively used which is the product of both teams.

The highly preferred smart contract language and also diversely used one is solidity.

Further Read: How to write enhancing smart contract in solidity?

On ethereum smart contract audit process the basic parameter that will demand the attention to update is as follows,

These are some of the basic parameters and also important ones while auditing other than bug fixing.

Developcoins is the best smart contract development company, which provides a completes a to z smart contract audit service and also other service related to smart contract in the global market with more than 7+ years of industry experience expertise by their side.

Get a free consultation for a smart contract audit here!