To Create your ready-made Whitelabel NFT Marketplace clone script like Solea on Solana Blockchain Network with advanced features based on your requirements. 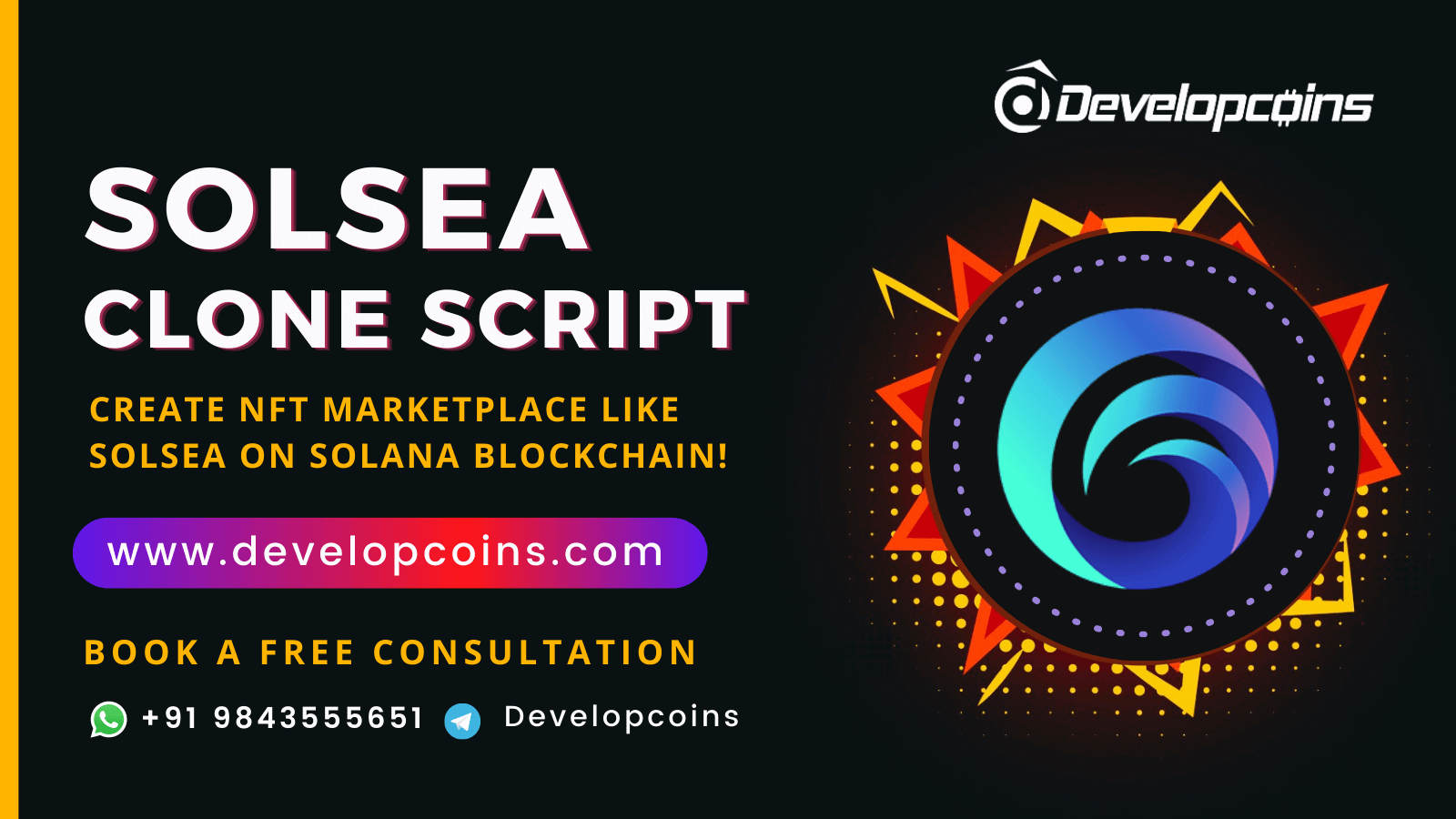 Solsea is an NFT marketplace based on the Solana blockchain network that controls arts and collections of creators. The NFT of various verticals are held by Solsea and anyone can mint their own NFT and embedded license.

Solsea NFT marketplace is the first open NFT marketplace built on Solana that allows creators to integrate licenses when they mint. It was released in august 2021. Because it is built on the Solana network, Solsea will be faster than Opensea or much of the NFT marketplace. The Solsea NFT platform allows anyone with a Solana-approved wallet to buy or sell art. The Solsea maintains the creators’ works as a digital asset in the form of NFT which is exchanged with USDC, USDT, and SOL cryptos.

The Necessity to launch an NFT marketplace like Solsea

The NFT market appears to be the future of the crypto industry since it has attracted a large number of users in a short amount of time. Because of its popularity, creators all over the world began to make a lot of money from it. As a result of the youth's interest in cryptos, many new entrepreneurs have begun to invest in crypto and blockchain platforms.

The open-source Solana blockchain underpins the Solsea NFT marketplace. Because of its benefits and features, the market for Solana has grown steadily since its inception. The majority of crypto users have invested in Solana and its initiatives, therefore now is your chance to build your own NFT marketplace on the Solana blockchain, similar to Solsea. Developcoins can help you develop your NFT marketplace idea and connect you with our expertise.

How does the Solsea clone script work?

Features of our Solsea Clone Script

Calendar: The integrated calendar option allows users to keep track of the NFT pricing with ease.

Licensed NFT: It enables creators to include licenses for their preferred NFTs in their work.

Collections creation on chain: The collection feature allows creators to mint NFTs, which are then placed in the collection.

NFT minting: It allows users to mint NFT quickly and easily at a minimal cost, as well as immediately upload metaverse NFT.

Private and public listing: P2P selling of NFT is enabled by private listing, whereas public listing allows anybody to look at the advertised NFT.

Multiple currencies support: Solsea supports a variety of currencies, including SOL, USDC, SRM, and others, for a better user experience.

Rarity index: The rarity index is determined by sorting the features of NFTs in a certain order.

Order book: Individual NFTs are precisely accounted for in the order book.

Benefits of Our Solsea Clone Script

Solsea requires creators to both privately and publicly list their NFTs. Because Solsea is based in the Solana network, it has very low minting fees and will process transactions much faster than OpenSea. Solana has gained traction in the crypto realm, directing crypto consumers to the NFT marketplace hosted by Solana. According to crypto researchers, the only reason Solsea has become larger than OpenSea is that it is built on Solana, which might become a contender to Ethereum.

Developcoins is a renowned NFT Marketplace Development Company that has worked on numerous projects all around the world. Developcoins has worked on ethereum, BSC, Solana, Tron, and Polygon, among other projects. This is the ideal location for creating your own NFT marketplace on the Solana blockchain, similar to Solsea. You will make millions using the NFT marketplace platform. So get in touch with our specialists and start building your own NFT Marketplace like Solsea with advanced features that are tailored to your needs.

If you are interested to Create your own Solsea NFT Marketplace Now!

The term Solsea is entirely used only for marketing purposes, and we are not connected with any of the mentioned companies in any phase. Our product's source code and design are wholly owned by us. We are not utilizing any of their copyrighted materials. 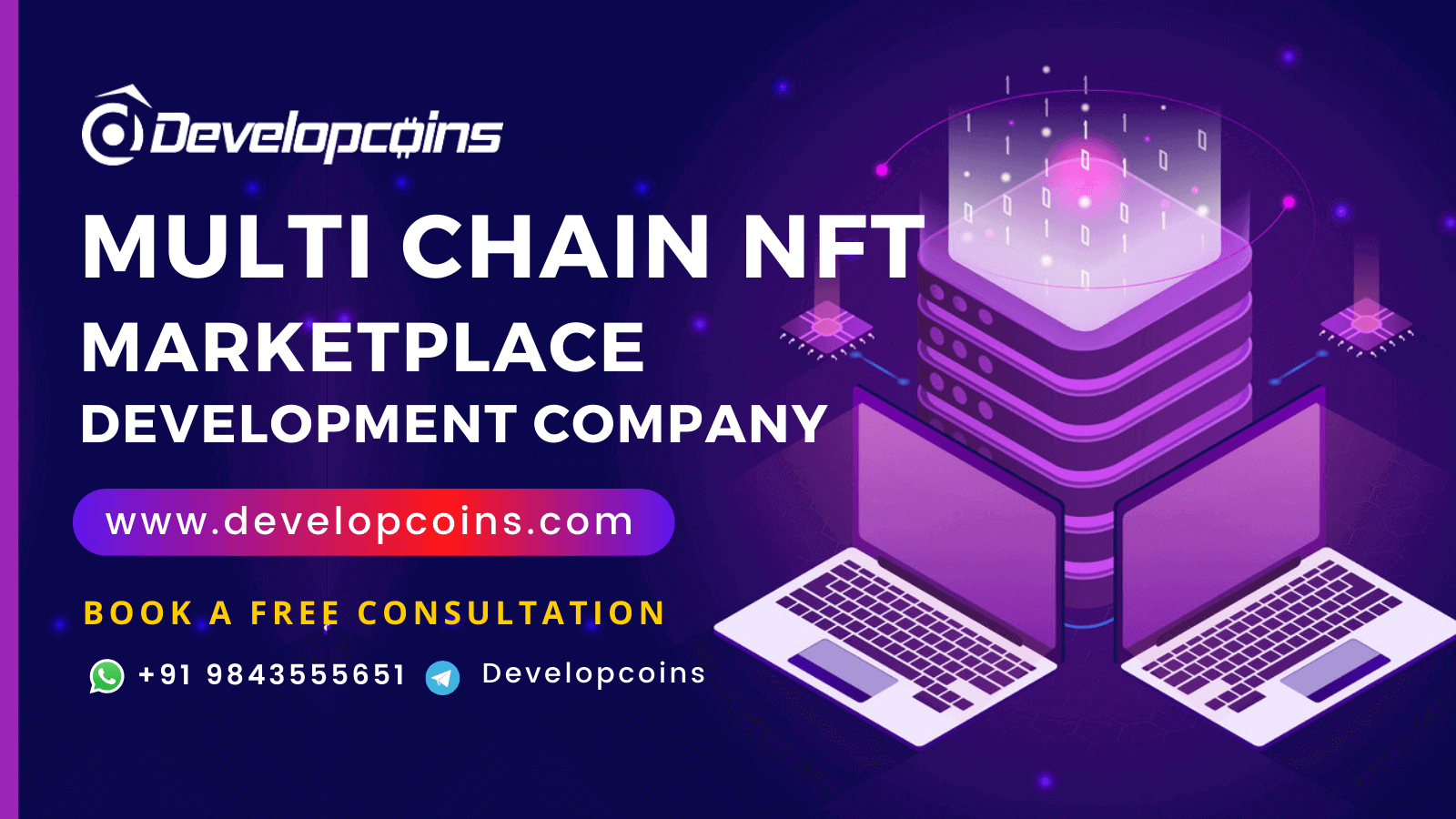