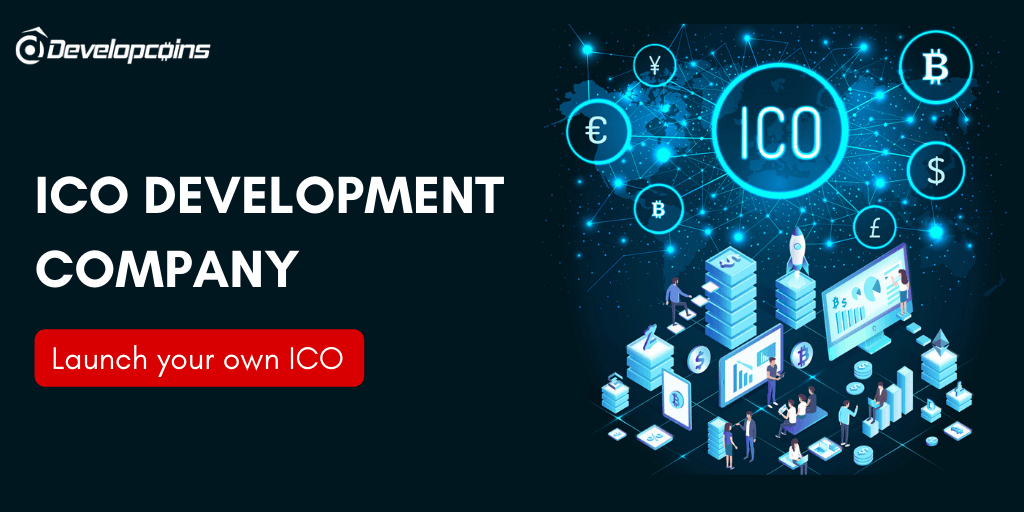 ICO is the topmost platform of the investment world, some of the peoples are considered as ICOs are dead because a lot of projects are turned out to be a scam and most of them lost their majority values. But in the recent survey says that many Institutional Investors are like to invest in the ICO platform, ICO is the most commonly used platform for raising funds for startup based projects.

Most of the funds are raised in the Asian market for the user-friendly ICO regulations. Asian Market such as Singapore, Japan, China, and South Korea have raised nearly $320 million, which is substantially higher than compared with America and Europe.

Initial Coin Offerings (ICO) is the fundraising mechanism for a startup business or new project developers. It is often used to raise funds for developing a new Crypto token by releasing ICO tokens to the public.

ICO is often compared with an IPO(Initial Public Offering), IPOs usually apply to establish a business that sells partial ownership shares in their company as the way to raise funds. In an ICO investor can hope and also expect that the company will be successful, driving demand to increase the value of tokens, and also they hope good Return on investment(ROI) for their particular cryptocurrency project.

Want to launch your Own ICO platform? Consult with our experts and get the best solutions for ICO development

How does ICO Works?

ICO helps the companies to raise funds on their projects, for example, creating their own cryptocurrency is more costly, so these ICO platforms can be very useful for that.

ICO is a computerized program that issues several tokens for investment. In
an ICO if some project that creates a certain amount of digital tokens and sells it into the public, usually in exchanges for other cryptocurrencies like Bitcoin and Ether.

The following reasons determine how the public could be interested in Tokens.

Token - it has an inherent benefit and it grants the holders to access a service and share their outcomes by project earnings.

By using an ICO, the Company can sell digital tokens to the public in order to meet their business objectives and Start-ups are must create a white paper.

A whitepaper is an informational document usually released by the company for new immutable blockchain projects, it also to promote a product or services, you must highlight all the primary information.

The fundamentals backbone behind an ICO is a Blockchain, it helps to record the transactions. ICO may attract potential investors who may wish to purchase the coins to support the growth of the business.

How to Start your ICO funding?

ICO gives an opportunity for promising projects, Ethereum is becoming the second most powerful cryptocurrency in the world to providing a platform for Dapp developers to create client projects. They start the projects because of an ICO, ICO becoming the platform where the future will be built.

ICO creates a White paper, A White paper it contains all the details of your projects so that anyone can read the white paper and choose to invest in the project if its interests them, the White paper helps to reduce the paper works that can be provided by the project developers.

ICO increases the number of potential investors to create hype on the projects and explore more peoples will know about the project.

ICO gives an opportunity for investors to invest in tokens it becomes early access to potentially valuable tokens and also valuable cryptocurrencies.

Now you all get a clear idea about what is ICO? and how it works, if you are a start-up or entrepreneur looking for an ICO Development Company to launch your own ICO? then you are in the right place.

Developcoins is the best ICO Development Company, which provides complete supports for your ICO projects. If you are a start-up get struggle to proceed with an ICO? Our team of ICO experts will give proper guidance and proceed on how to start your ICO projects.

What Developcoins Covers in ICO Development

Pre-ICO and post-ICO services are more important for ICO Developments.

Developcoins helps you to customize and regularly update your projects through the whitepaper.

Our team of skilled developers can works with your ideas to develop and design the perfect page of your ICO, and keep the investors and engaged throughout the process

A smart contract is an agreement between one to others in the form of computer code. They run on the blockchain, so they are stored in a public database and cannot be changed. We Developcoins provide reliable smart contract management solutions for your token development in the process of ICO.

Marketing your ICO campaign through various online platforms across the globe and gain the notice of investors.

Our Dedicated ICO experts offer 24*7 services to your ICO investors and users and solve all their queries in a proper manner.

Our development team will help to build a unique ICO token with the help of blockchain technology as per your requirements.

Developcoins help you get your tokens listed in the most secure and high-volume cryptocurrency trading platforms.

Our custom blockchain development services will ensure that the secure, strong and decentralized a strong blockchain foundation to your tokens.

Also, prepare a detailed summary reports about your ICO campaign that helps you to analyze the results and performance and also help you to reach all the goals of your ICO enterprise.

How much does it cost for ICO?

Why Choose Developcoins for your ICO Development?

Developcoins is the perfect place for your ICO Development, our team of developers is expertise in blockchain technology that enables us to provide optimized and stable ICO Development solutions as per your requirements. We also have an expert who can work dedicatedly to provide you the consultation services on each step of your ICO process.

What stands us apart from other ICO solution providers?

We completely understand the importance of your business and also offer security solutions.

Developcoins maintaining the constant liquidity for your projects, and also offers the custom exchanges, so the coins can be traded.

We also design wallets that support funding with multiple currencies and also ensure your transactions.

We are safeguarding your project from token loss aspects.

Developcoins are careful in setting up user authorization strategies to avoid security conflicts.

Launch your own ICO with Developcoins