Looking for EIP-3664 NFT token development company? or want to create NFTs on EIP-3664 Standard? Developcoins is the right place! 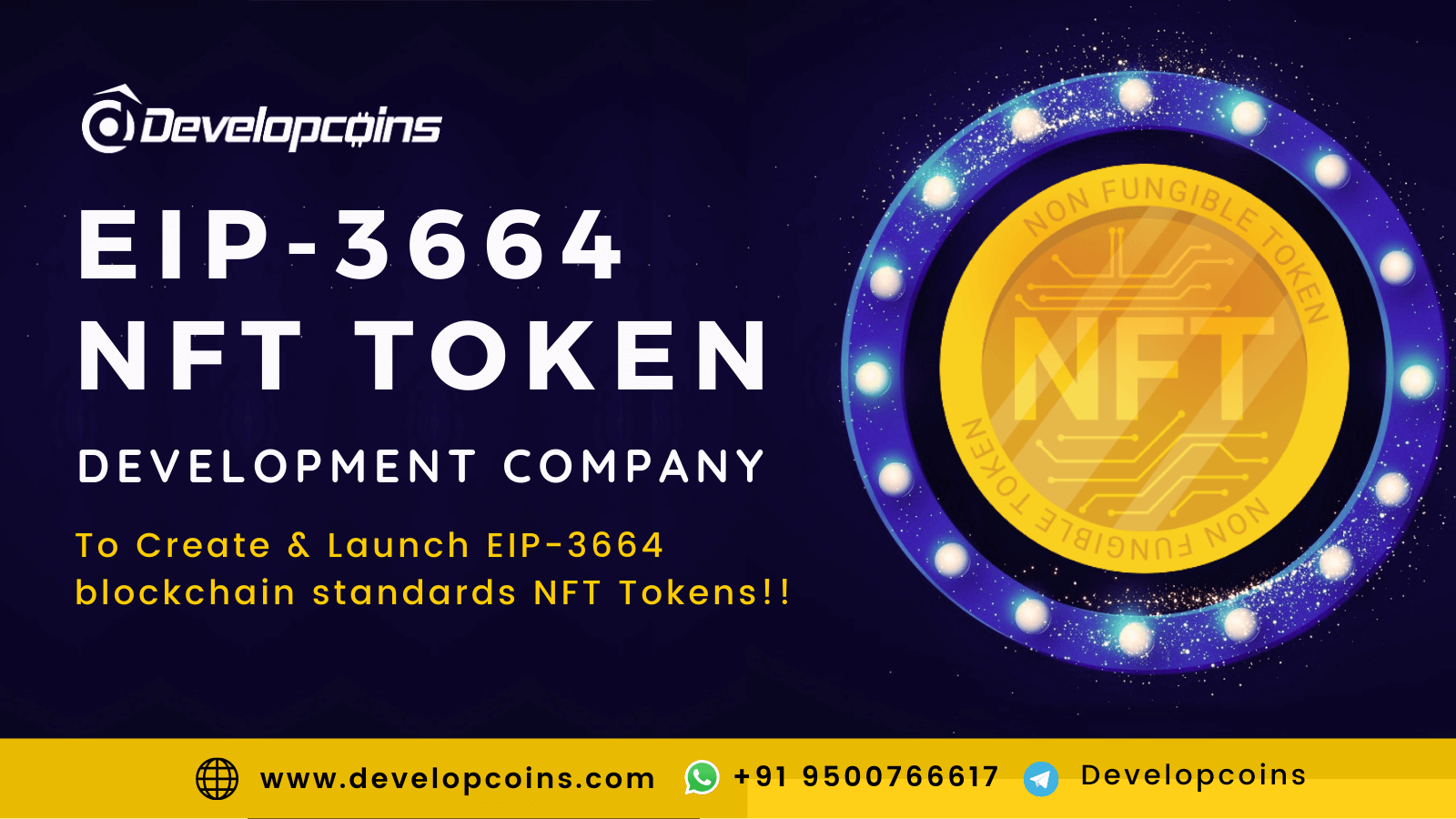 The non-fungible token (NFT) based projects have seen tremendous growth this year, particularly in the music, entertainment, art and collectibles, as well as gaming. All forms of digital assets, including currency, vouchers, IOUs, and even real goods, are represented by the large range of tokens available on Ethereum and other top blockchain networks, which use a variety of smart contracts protocols. In today's expanding NFT market, DRepublic, a well-known Blockchain Company, has established a new non-fungible token standard called EIP-3664, as well as the world's first combinable NFT platform. This particular NFT standard, EIP-3664, created by Drepublic, has numerous major advancements over earlier NFT standards in terms of functionality.

In this blog, we'll look at how NFTs have increased functionality and why creating NFTs on EIP-3664 is beneficial.

What seems to be special about EIP-3664?

However, the development of EIP3664, another NFT improvement protocol, appears to be promising. DRepublic, a blockchain games developer, plans to use it to create EIP-3664 tokens. This new token will be used as a new type of NFT in their upcoming game Cradles: Origin of Species, with a significantly larger attribute range than existing NFTs, allowing it to combine both fungible and non-fungible token features. EIP-3664 tokens representing characters, items, and even game features would be required in a universe where players, things, and landscapes are always evolving.

Previously, the ERC721 and ERC1155 token standards were thought to be the finest Non-Fungible token standards. Because of its expanded features and functions, the EIP-3664 has now surpassed the previous best NFT standards. Due to its disassembly and assembly features, the EIP-3664 NFT offers unlimited possibilities and supports any combination of NFTs. It also allows customers to develop an unlimited number of different goods with no duplication. These factors demonstrate why it is preferable to develop EIP-3664 NFT.

Here are the two most important NFT products created with EIP-3664.

Metacore, the world's first combinable NFT platform based on the EIP-3664 standard, has been announced by DRepublic, a well-known blockchain startup. This Metacore platform is a full-featured NFT identity system based on the EIP-3664 protocol. This platform provides each Metaverse user with a unique Metacore Identity, which allows them to connect with other Metaverse users. This has increased the number of people who can join the cross-chain NFT community collaboration.

NFTLootbox is a well-known NFT initiative that allows users to stake various NFT things in order to earn coins. Legoot is a true NFT LEGO that has been launched with all of the functions of EIP-3664, similar to such loot projects. The EIP-3664 NFTs can be readily constructed or dismantled and marketed as a whole or in various pieces due to their nature. Users can take advantage of such a feature by installing it on the Metacore platform, where they can easily sell the entire Legoot or its individual sections.

What is a Cradle?

This is a prehistoric blockchain MMORPG game and using EIP 3664's powerful and unique capabilities, it is possible to undermine the entire blockchain game.

The NFT qualities of all new games are divided into four categories:

The strength and health of NFT attacks can be increased or reduced.

In the event of damage or other reasons, the NFT Attributes can be transferred to other NFTs.

Players can pay to enhance their NFT level by using other attribute values.

NFTs with time-varying features are those that evolve with time and imitate time qualities in the actual world.

You'd realize how profitable it is to construct NFTs on EIP-3664 after seeing the configurable features and versatile functionalities of EIP-3664 NFTs. If you want to create your own NFT based on the EIP3664 standard, contact a competent NFT development business such as Developcoins.

Developcoins is the premium NFT Token Development Company, As a leading token creatioN company, Developcoins provides the best NFT development services to meet our clients' needs. We can assist you with creating your own NFTs using the EIP3664 standard, allowing your NFT business to benefit from all of the benefits listed above. Our talented engineers can also create an effective NFT marketplace for you, allowing your users to simply exchange their exclusive NFTs. 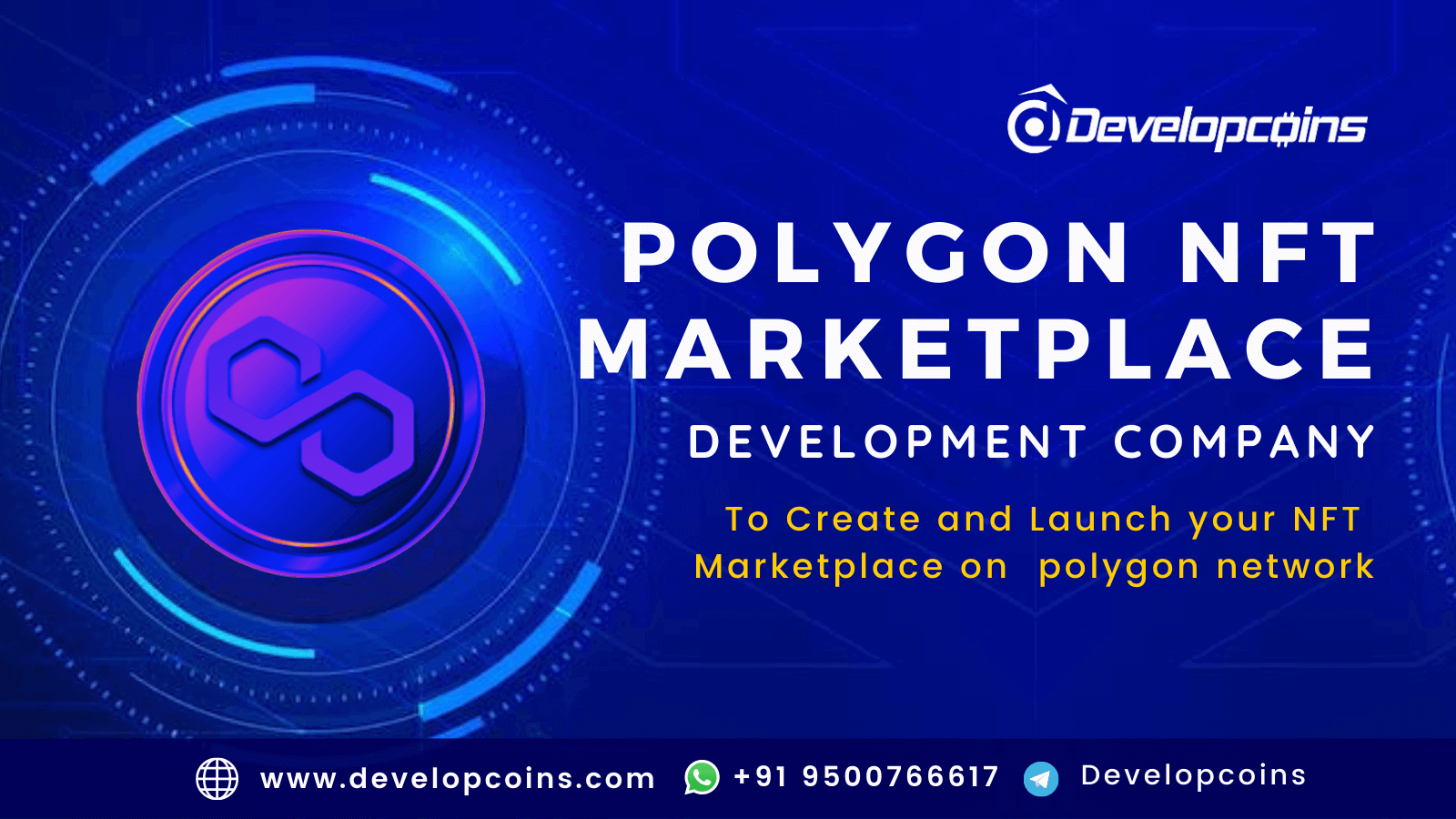