Create Your Own Deflationary Token On Popular Blockchain Networks

To Create your Deflationary Token or Coin on Various blockchain Networks with primary Features and services based on your business requirements. 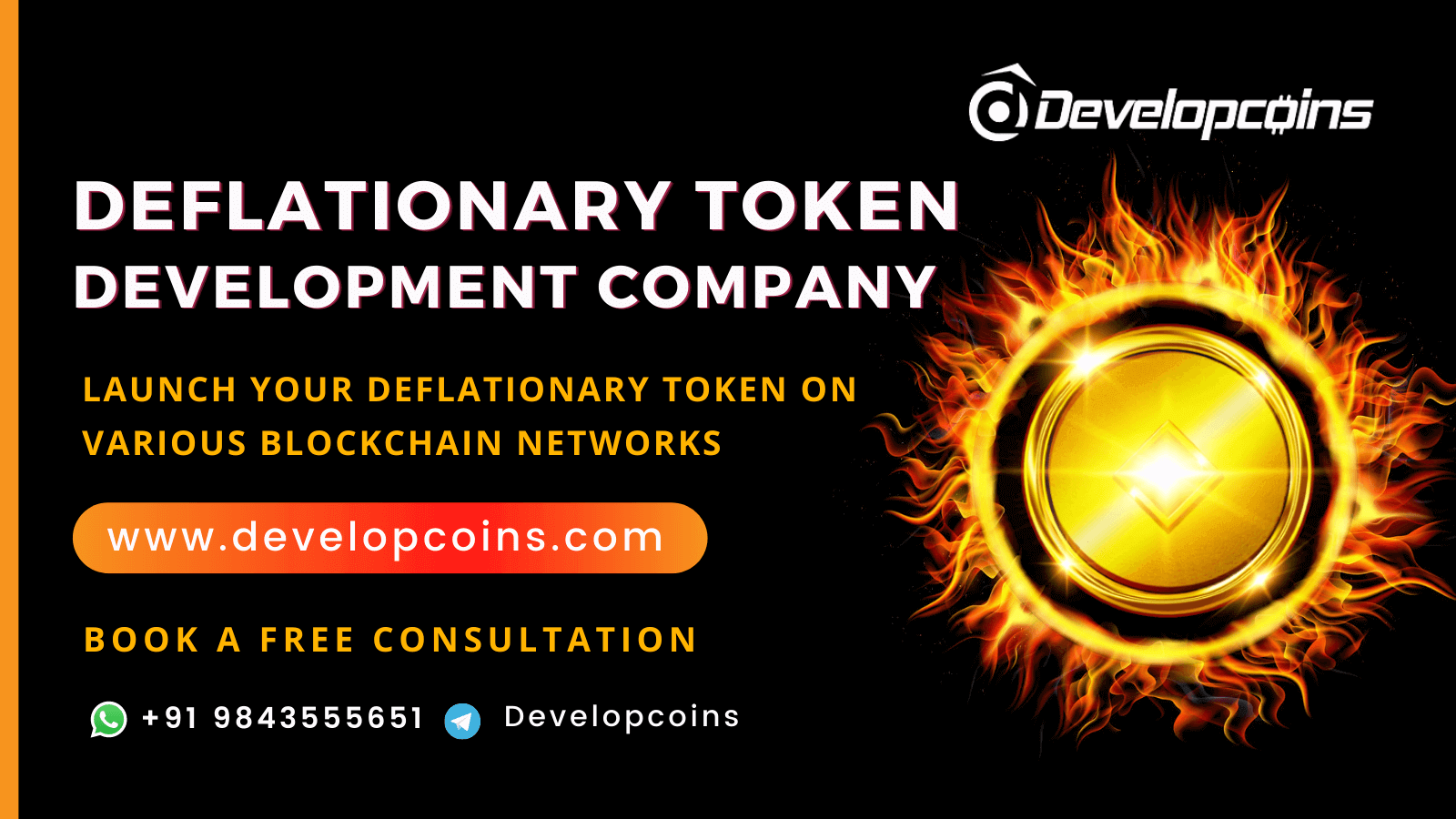 Deflation in crypto finance refers to a reduction in the value of an asset owing to causes such as over-minting is popularly said as Deflation. When a token transfer occurs in a deflationary token model, a certain percentage of tokens are taken from the market. Burns is the process of eliminating these tokens from the market.

The basic goal of a token model like this is to increase demand for a token by reducing its supply in the market. It also helps to keep the market from becoming overwhelmed with tokens. This resulted in a situation where the supply of tokens remains constant even as demand rises.

Developcoins provides the best Deflationary Tokens on top of the Blockchain Platforms like Ethereum, Tron, EOS, Binance, Solana, Polygon, etc., based on your requirements.We also focus on deflationary tokens security due to the direct link between the company's success and the health of the token ecosystem. We also follow all necessary guidelines regarding the token's distribution and sale, the token's classification as security will have no impact on the ecosystem's health.

These tokens can be burned via two alternative techniques, which are as follows:

(i) Buy Back and Burn

(ii) Burn on the Transaction

Buy Back and Burn

This strategy is a crucial factor in the crypto world for stimulating the market and driving up the value of shares. When a project removes a specific amount of its tokens from the market by sending them to a dead address, the tokens are permanently removed from the market.

Later, the same project or organization uses its own assets to repurchase a portion of the tokens that were burned and keep them in their wallets. As a result, the token's demand on the market shifts, affecting its price.

The top tokens using this method are BNB, FTT, and CAKE.

Burn transaction is a means of reducing the number of tokens in the blockchain from On-chain transactions by removing a specific amount of tokens from the sender account. In other words, on-chain transactions involving the Token attract a tax and a percentage of the tax collected is burned. This occurs automatically because it is integrated into the Token’s contract.

So Any user who holds a token can send this Burn transaction. This strategy is primarily based on the total volume of tokens. So, the higher the trading volume, the more tokens are removed from the total supply. The key advantage of this strategy is that it keeps demand steady by removing tokens at regular intervals. Hence, driving value to token holders as tokens are constantly removed from circulation while demand remains constant (and possibly increases).

Some tokens examples to use of this method are SAFEMOON and THUGS.

How does it work?

Platforms use buyback and burn, as well as transaction burning, as burning mechanisms. The repurchase mechanism is self-explanatory, as it comprises a platform purchasing token from holders and putting them in an inaccessible address; a platform may use a portion of its income to complete this transaction.

When it comes to transaction fees, a platform makes use of a smart contract that automatically burns a portion of the fees. This method is heavily influenced by the number of transactions on a platform; the more transactions, the more tokens the platform burns, and vice versa.

The Advantages of Developing Deflationary Tokens in Crypto Projects

Increase in the value of a coin

According to the fundamental law of supply and demand, a rise in supply generates a decrease in demand. Deflationary cryptocurrencies seek to limit market supply, promote demand, and increase scarcity. You may be wondering why. It's because products that are more difficult to come by appeal to people more than ones that are more readily available. Investors are more drawn to unusual coins than to common coins, based on the same premise. In the long run, this will raise the coin's worth.

During the recent bull run, deflationary tokens have gained a lot of attention. This feature immediately adds to the interests of investors as they make more money. Another option is for a platform to decide to buy back coins from its users. Short sellers will profit from the entire process leading up to the coin burning. After all, is said and done, the desired result is a gain in value following the burning.

Removal of Extras from the market

Unsold tokens in circulation are detrimental to the success of a cryptocurrency. The deflationary mechanism helps a project remove surplus tokens from circulation rather than flooding the market. Furthermore, if tokens were distributed incorrectly, they should be burned to correct the problem.

Deflationary Projects in the Planning Stage

A Token Development Company's teams have created tokens that have gone too far in terms of token burning in order to boost their market value over time. Below are a few examples of deflationary tokens.

This token has been dubbed the "first self-destructing currency." This coin is being built solely as a proof of concept to see if deflationary tokens are possible. Approximately 1% of the tokens traded in each Bomb token transaction will be incinerated. Bomb tokens have a total supply of about 1 million, and with the present rate of market activity, there will be none left in 2034.

Nuke is an Ethereum-based token with a 1 million token supply and a 2% burn rate that competes with Bomb in terms of deflation. The key difference between Bomb and Nuke tokens is that with Nuke, the burning of tokens comes to a halt after a certain period of time has passed, therefore these tokens will not be deleted like Bomb.

Aside from these two, the following are some of the most popular deflationary tokens produced on other blockchain networks.

Benefits of Our Deflationary Token Development:

The development of tokens and coins is an important component of Cryptoverse. Developcoins might be your dependable Token Development Company if you're going to create a deflationary coin or token.

Developcoins offer comprehensive Deflationary Token Development Services from token creation and deployment to white paper writing and marketing – with lots of blockchain engineers and subject specialists to help you effectively launch and sell your token.

If you are interested to Create your Deflationary Tokens Now! 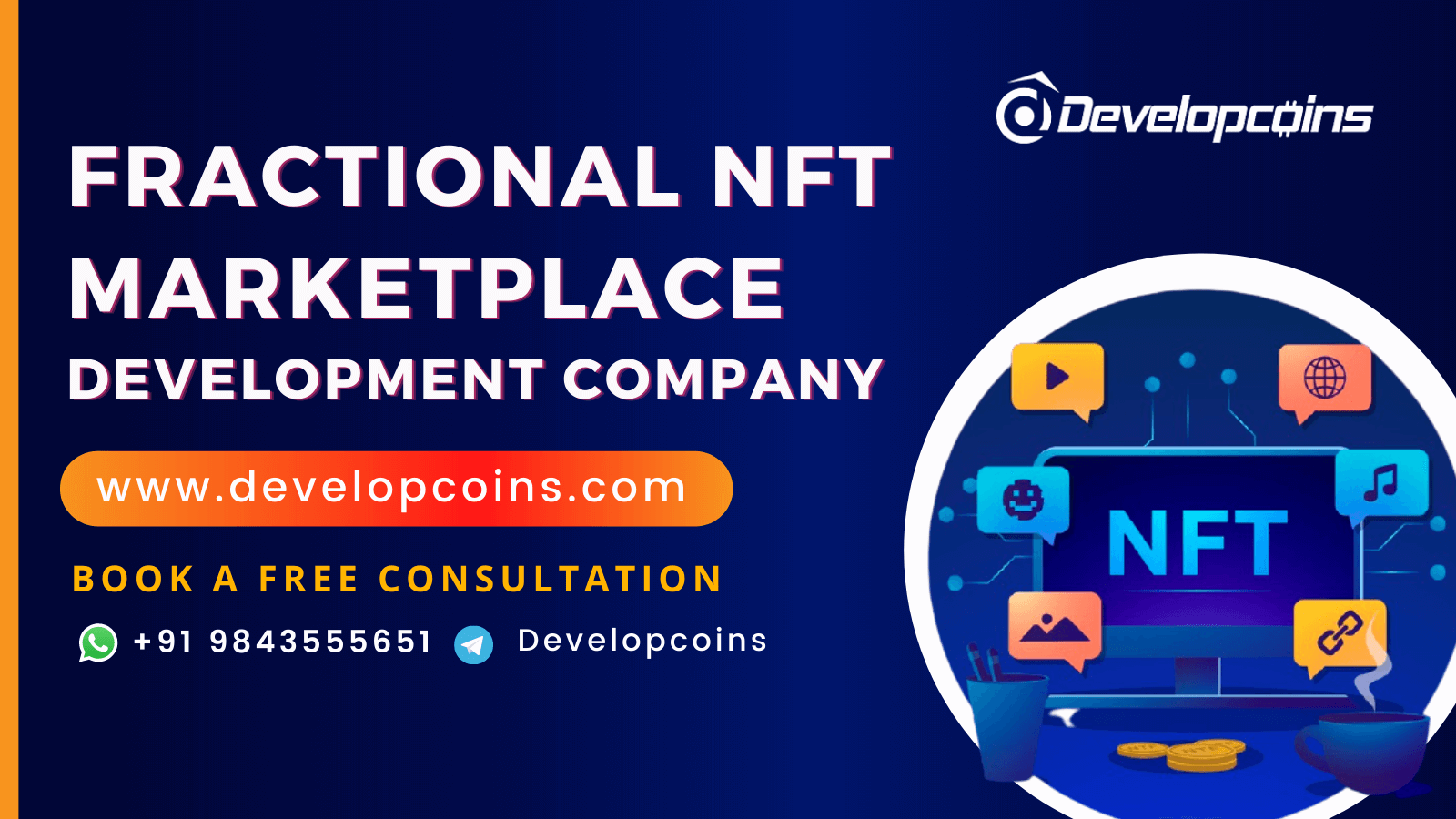