TOP PICKS
Make Small Investments In Metaverse Real Estate To Reap Big Profits | Your Vision With Our Casino Gaming Solution Builds Great Business | Find Your Style With Wear-To-Earn NFTs | Build A Better Business With Web 3.0 | Make Every Outfit Count With Fashion NFTs | NFT eSports Platform Development |
Blog Delegated Proof of Stake (DPoS) - What it Is and How Does it Work?

Delegated Proof of Stake (DPoS) - What it Is and How Does it Work?

In this article, we will make an overview of What is DPoS? & How Does It Work? Delegated Proof-of-Stake(DPoS), is a consensus algorithm that was invented back in 2014 by Dan (Daniel) Larimer, which hoped to improve on both the PoW and PoS model. 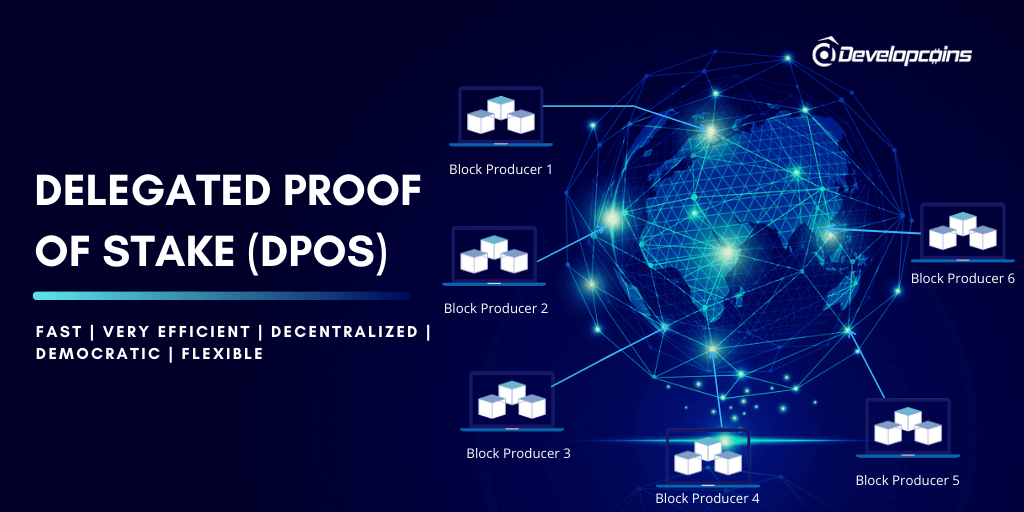 We believe that blockchain technology should be transparent and that the process of verifying transactions and store data into blocks should be flawless. That’s why we’re so focused on the usability of blockchain in various sectors: you won’t have to think twice before making any blockchain or cryptocurrency-based projects. And to make your cryptocurrency and blockchain experience even better we plan to provide our blockchain and cryptocurrency development solutions for all our clients around the world.

If you are more familiar with blockchain technology then you should surely know about the basic terms and processes of blockchain, ultimately you’ll come across consensus algorithms (or consensus mechanisms). The consensus algorithm is a keystone of every blockchain network as it figures out the general operating principle of the network.

Recently, we’ve noticed that Delegated Proof-of-Stake (DPoS) consensus algorithm is gaining popularity among the crypto users and our blockchain development team decided to express praise by making the DPoS based cryptocurrency even more comprehensive.  And now we’re happy to announce that we’ve created a blockchain network under various consensus mechanisms especially for DPoS.

In this article, I am going to explain What is DPoS, Benefits of DPoS & list of DPoS coins or cryptocurrencies that are using DPoS in their blockchain.

Before we jumping to the topic just want to clear about Consensus Mechanism and its types:

What is Consensus Algorithms?

Even though many different consensus algorithms have been discovering for various blockchain networks, proof-of-work and proof-of-stake variations remain the most widely used mechanisms for reaching consensus.

Why is a Consensus Mechanism Necessary?

To understand different types of consensus algorithms, we must first understand why cryptocurrencies use a consensus mechanism. Since there is no central entity in the blockchain network that verifies transactions, this work must be done comparatively by the nodes.

The blockchain rules out some nodes from creating money from nothing, but there may be misleading nodes trying to spend a currency twice, the so-called double-spending.

For example, a fraudulent user could buy some goods in an online store and suddenly try to send the same tokens to exchange.

To avoid this double-spending, the nodes must reach an agreement on which transactions to consider valid and which not.

The easy solution could be that each and every node votes for which transactions to include within a block and which not, but unfortunately such solutions would be weak. In fact, a malicious user could create thousands of nodes and manipulate the vote.

Let’s move over the different kinds of consensus algorithms which exist today!

Let’s come to the topic:

DPoS was introduced back in 2014

So, What Exactly is the Delegated Proof of Stake (DPoS)?

Delegated Proof of Stake (DPOS) is a unique method of securing a crypto network. It attempts to fix the issue of both PoW and the PoS system. DPoS is an algorithm for achieving consensus in decentralized ecosystems and implements a layer of professional democracy to equalize the negative effects of centralization.

Delegated proof-of-stake (DPOS) is one of the alternative consensus mechanisms in which coin holders stake their crypto coins with massive node operators also know as delegates, witnesses, or block producers. Instead of mining, coin holders choose delegates to create blocks and implement computing power. Compare with PoW schemes, DPoS is less energy-intensive and allows countless transaction throughput than other blockchains networks.

DPoS is a form of on-chain governance that helps stake-weighted voting access. The key difference between PoS and DPoS is that the number of nodes that will verify transactions will be decreased as the process of electing “delegates or block producers” is followed.

How Does It Work?

Delegated Proof of Stake was developed in such a way that it takes numerous benefits of coin holder authorization voting to workout consensus within the system. Compare with the PoS model, DPoS has entirely differed and in the DPoS model, a coin holder is any person who owns the number of coins or tokens in their digital crypto wallet. They can able to vote and elect a delegate (block producer, witness). Actually, the person who gets the massive number of votes at the end of an electing round they receive to be the network’s block producer.

The highest number of 100 delegates or block producers is allowed on the particular blockchain network with the first top 20 delegates gaining rewards for their services. The primary role of block producers is to assure that the network runs smoothly and securely. So, coin holders should assure that they choose delegates who have the best knowledge and importance of the network in nature. This builds DPoS the most decentralized consensus protocol, as all stakeholders have the authority that takes place on the network.

In most of the DPoS systems, a delegate is needed to show responsibility to his or her role by saving tokens in a security account. This security account assures that the delegates manage the importance of the network and delegates have the right to change block producers at any time. If suppose block producers act maliciously, their actions will be displayed publicly on the network, and they are suddenly removed from the network.

PoW vs. PoS vs. DPoS

Following are the cryptocurrencies that have implemented DPoS in their blockchain as the consensus protocol:-

Have you always wanted to create a cryptocurrency under DPoS blockchain consensus but don’t know how? Or maybe you always thought it was too hard to build DPoS based blockchain network? Or want to know how to Delegated Proof of Stake Consensus algorithms works? Then you have arrived in the right place!

Our consensus protocols include Proof of Work, Proof of Stake, Delegated Proof of Stake and Proof of Concept models, which avoid double-spending errors and cut down the third party's activities. We work to advance decentralized ecosystems using immutable blockchain tools and platforms.

Do you want to know more about DPoS? Then feel free to consult with our experts @ Whatsapp | Telegram | Skype

Create Your Own Cryptocurrency Now! 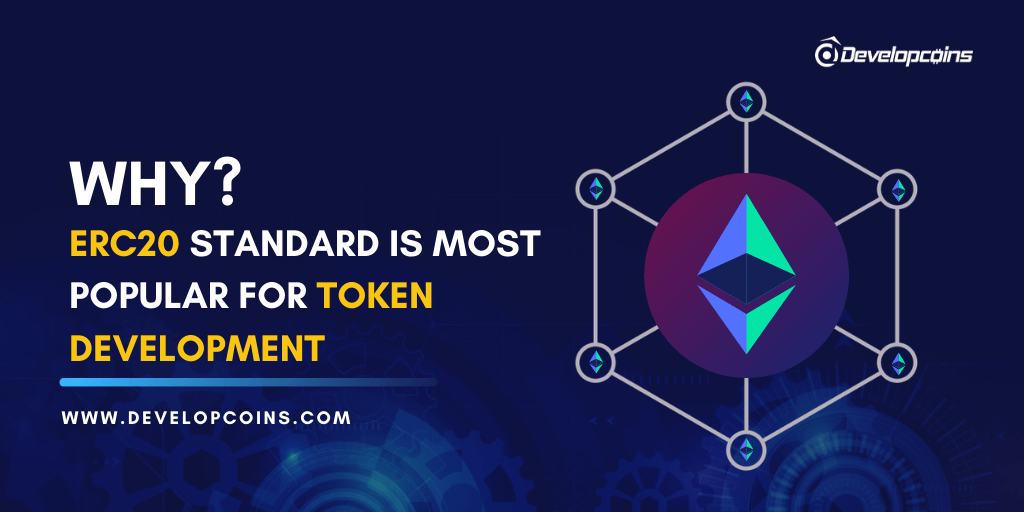 Why ERC20 Standard is Most Popular For Token Development?