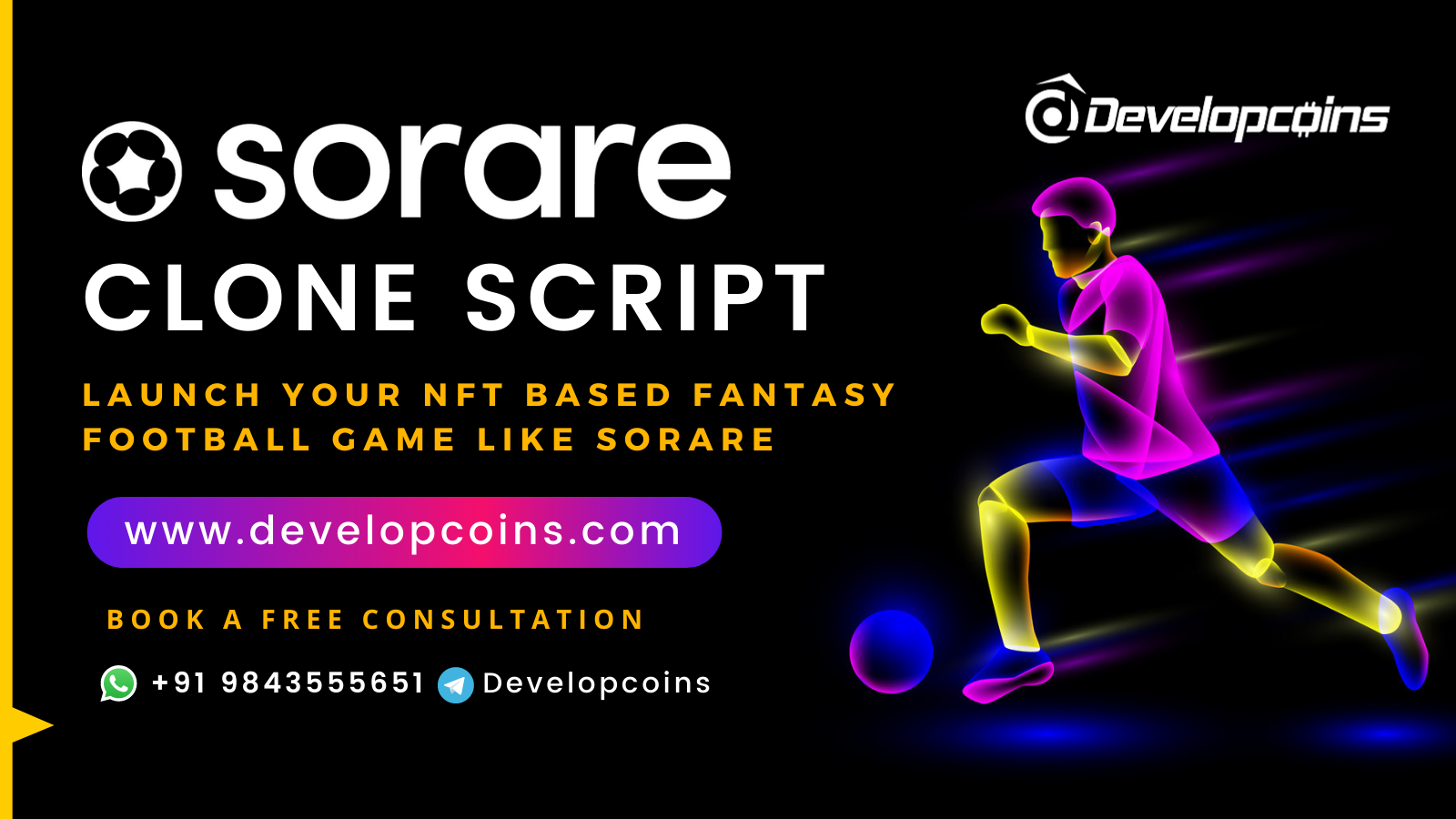 You're all aware that the fantasy industry and the NFT marketplace industry are currently the hottest digital business options. What if they combined their efforts to provide a treat for business people and entrepreneurs? It is currently taking place. Sorare is the name of the creature. Sorare is a fantasy football NFT game in which you can trade players for thrilling prizes and digital collections. Isn't it fascinating?

If you're an entrepreneur or a startup looking to launch an innovative NFT business on the fantasy sports platform, this is the best clone script for you. Let's have a look at the Sorare clone script in detail.

The Sorare clone script is a replica of the Sorare NFT marketplace and its features. According to your business needs, you can either add or alter game functionalities. It is extremely secure, thanks to blockchain technology and other security mechanisms that may be activated on demand.

Fantasy Football, often known as Soccer NFT, has established itself as a reliable NFT marketplace where fans can collect and sell official digital playing cards. We create unique marketplace platforms, like the NFT marketplace, where you may own non-fungible token cards and freely resell them as cryptocurrency collectibles. This Sorare-like NFT Gaming platform development will allow you to create and manage digital collectibles, as well as earn points based on football players' actual on-field performance. Developcoins provides the best Sorare Clone script with personalized features. If you looking for a sorare clone script, Developcoins is the right place!.

Sorare is an NFT-based fantasy football game where you can check the involvement of different football clubs as well as player availability all in one spot. Like other fantasy football gaming platforms, it is not a regulated gambling platform. It's like a real-world fantasy game where you can bid on any player based on their rarity - Rare, Super rare, and Unique. You can take part in events such as Laliga and allow your players to compete. Your points would be determined by the players' performance in the real game, and your team's points could increase. In the Sorare NFT marketplace, you can either sell or buy a new player card. This is a synopsis of how Sorare works.

If you think it's fantastic, it's time to establish your own NFT marketplace on the fantasy platform using the Sorare clone script.

How Does the Sorare Clone Script Benefit Your Users?

Sorare, like NFT Game, is a professional football fantasy game in which players are represented by five objects. The team with the most points at the end of the competition is the best team. All of the individual players' points are added together to determine the team's score.

There is no set time limit for the game. The Organizer(Owner) of the clone script software can decide on the frequency and amount of tournaments. The players must meet specific requirements in order to participate in the game. They must be over the age of 18 and should not create multiple accounts. In order to establish a squad and compete in the event, they must have at least five collectibles: a goalkeeper, a defender, two midfielders, and a forward player.

The user's entry is determined by the tournament's duration, which is posted in advance on the website.

Kinds of Leagues in Our Sorare Clone

All-Star League: Leagues found in our Sorare, such as the NFT Marketplace. Our All-Star League has several Divisions in which the user can play with any number of available Player Cards (Unique, Super Rare, or Rare).

Our Regional Leagues are divided into different Divisions that the user can play using any combination of Player Cards (Unique, Super Rare, or Rare) that are eligible for that region (Europe, America, or Asia)

Our Training League has several Divisions in which the user can play with any number of Player Cards (Unique, Super Rare, or Rare)

Our Weekly Challenges are a specialized tournament criterion that the user can play using a variety of Player Cards (Unique, Super Rare, or Rare) as long as they meet the entry criteria.

For playing the sorare like NFT game, your players can integrate their crypto wallets. The following are some of the exciting benefits of our wallet integration:

Where Can I Find the Best NFT Gaming Platform that Looks Like Sorare?

Developcoins provides best-in-class NFT Gaming Platform Development Company which provides your NFT game clone like Sorare On top of the Blockchain Platforms with advanced Functionality & Features. Our extensive expertise providing business-specific solutions to a wide range of clients. We researched Sorare and developed a ready-to-use Sorare clone script software that can assist you in developing an NFT game platform. All you have to do now is contact the Developcoins team to acquire your instant, dependable, and efficient sorare like the NFT platform development at an affordable cost.

The term Sorare is entirely used only for marketing purposes, and we are not connected with any of the mentioned companies in any phase. Our product's source code and design are wholly owned by us. We are not utilizing any of their copyrighted materials. 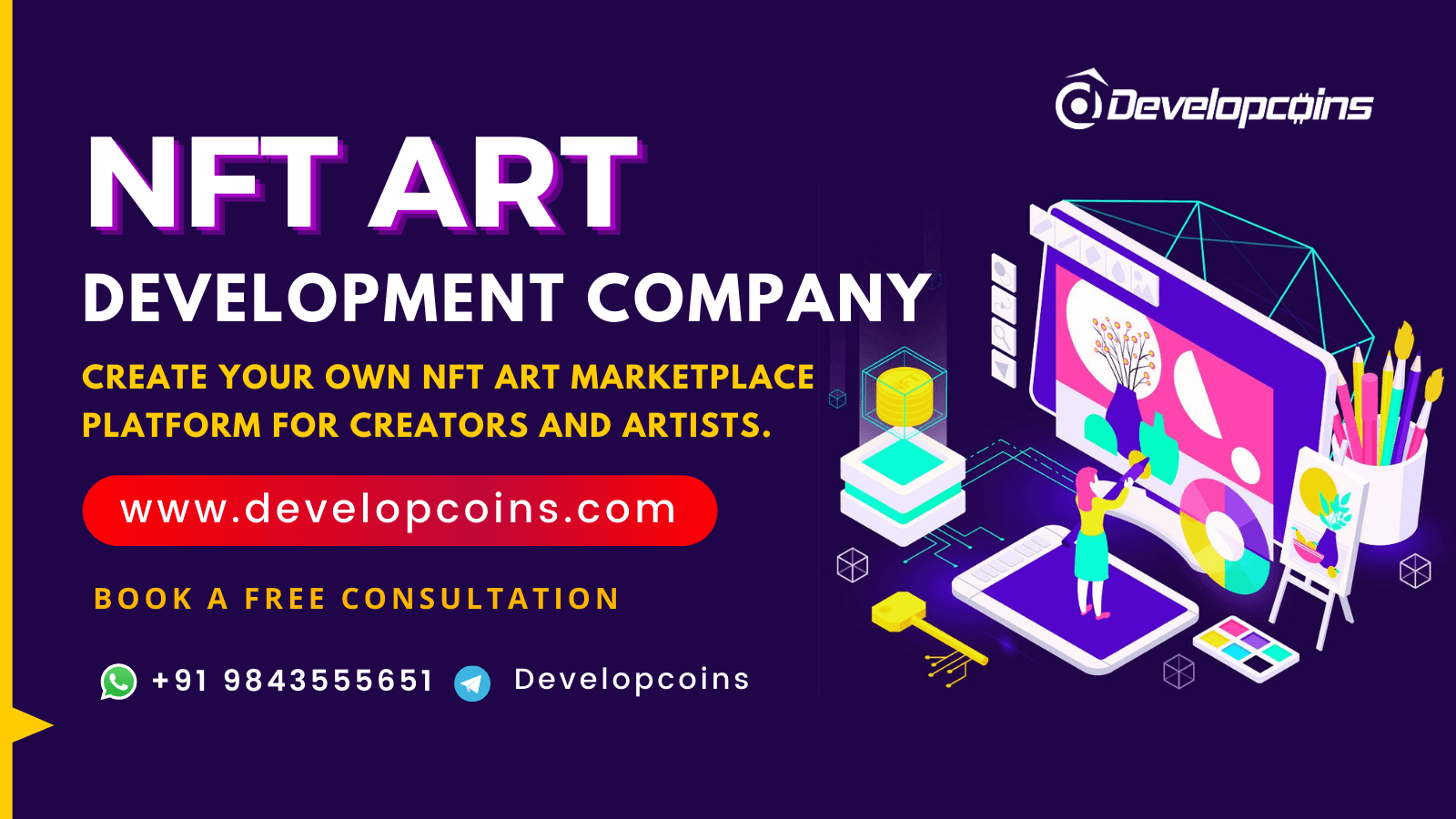