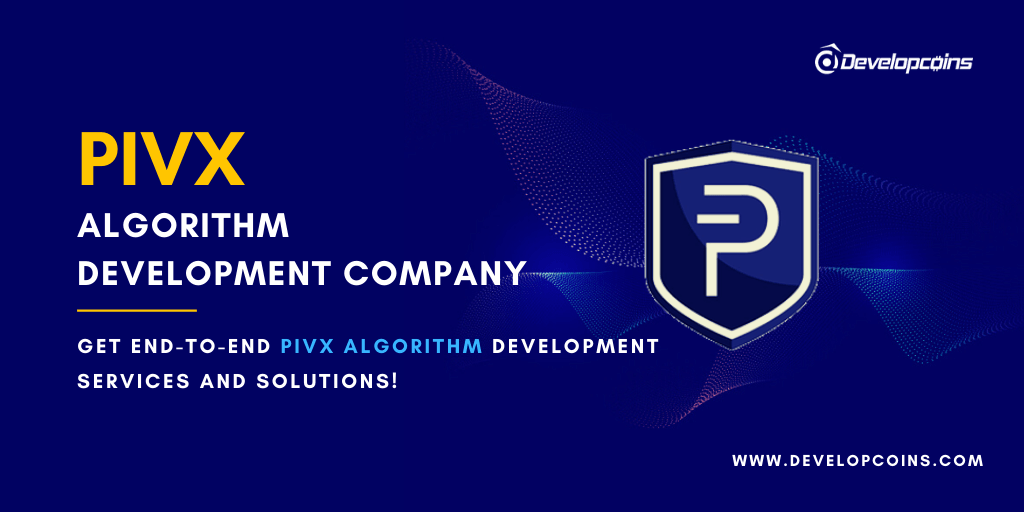 Once the talk about Bitcoin had gone viral, all the inquiring techie and business experts think and decided to launch various types of crypto coins based on their business purpose. From education to gambling we’ve seen all kinds of crypto projects emerging in rapid-fire succession. One of the mainstream ideas that gained traction was the idea of decentralized cryptocurrency development, and of course, we’ve already known about on PIVX.

Yes, If you’re reading this you probably know about PIVX already. And most likely you are aware that the PIVX technology – no matter how significant and promising it is – still has multiple purposes that need addressing asap.

When talking about PIVX blockchain’s ultimate goals, two topics come to mind straight away: decentralization and privacy. However, it’s also fair to note that both of these are focused topics and mutually exclusive.

Now, let’s talk about the technical term that PIVX blockchain technology is getting more viral day by day compared with other crypto coins. They are of course fast, secure, private, and stable.

PIVX is a cryptocurrency, a form of electronic cash. It is a decentralized cryptocurrency without a central bank or single administrator that can be sent from user to user on the peer-to-peer PIVX blockchain network without the need for intermediaries.

Understanding PIVX – What is PIVX in-depth?

At its simplest, PIVX is either virtual currency or reference to the technology. Private Instant Verified Transaction, or PIVX (also previously called DNET), is a peer-to-peer open-source cryptocurrency that introduced as a code from DASH, a privacy-focused cryptocurrency.

PIVX  is the cryptocurrency that is lead by a manifesto and majorly focuses on security, decentralization, privacy, and its usage in the real world, which makes it a community-centric cryptocurrency.

PIVX operates its own budget funding and governing model, which allows the whole network to pay every person as well as allow businesses to perform activities to plan some value to the network.

How does PIVX work?

PIVX is dependent on the Bitcoin core 0.10.x source codebase. It’s the first proof-of-stake (PoS) cryptocurrency build on version 0.10 or higher of the Bitcoin open-source codebase. It uses a network of master nodes to implement a host of network services, as well as coin mixing for increased transaction privacy, near-instant transactions with SwiftTX, and a decentralized system of governance with immutable blockchain proposal and voting setup.

Masternodes are paid a part of the reward from every block for the services they support. This can serve as a static source of income to the owner of a masternode and help offset their operating costs. To inspire an even reward distribution between masternodes and staking nodes, PIVX uses a Seesaw Reward Balance System to dynamically adjust the block reward size.

Further Reading - What is Masternode Cryptocurrency?

All decentralized blockchain groups have a rewards system for people who help secure their network. For example - Bitcoin, it gives block rewards to miners. In the network, a person who holds PIVX can help secure the network and get rewards for their efforts. There are three distinct groups who help PIVX in various ways, and they all receive rewards:

Masternodes – Functioning a masternode requires 10,000 PIV as collateral and some technical knowledge.

Staking Wallets – users who stake their PIV by keeping their wallets active. There is no mandatory to keep the minimum amount for staking.

Helpers – PIVX frequently funds community projects and users who work on these projects can get PIV for their endeavor. Projects include marketing, development, customer support, and more.

Bitcoin uses a so-called POW algorithm. This needs its ‘miners’ to spend resources to secure the entire network. These collateral come in the form of computing power which needs a lot of electricity. PoW (Proof-of-Work) algorithms use this spend computing power as a means to help trust in the network, but it does so at considerable cost to our environment. To facilitate trust in a more efficient manner, PIVX uses a PoS (Proof of Stake) algorithm. Related to the rewards that miners receive in a PoW algorithm when they work on the security of the network, a Proof of Stake algorithm rewards stakers for their hard works. However, the calculations that stakers require to do are far less difficult than those done by miners on a PoW algorithm. Proof of stake does not use expended computer power as a way to facilitate trust, but rather has its stakers show ownership of coins in order to sign blocks of transactions. Submitting false transactions to the network successfully would need an awfully large number of coins to be held by a single malicious actor and thereby becomes too costly to attempt.

Besides the real aspect, proof of stake also needs much less sophisticated hardware. Where securing the Bitcoin network has become limited to the largest actors with the most funds available, Proof of Stake needs few resources to start staking. This opens up the possibility of earning rewards for securing the network to all users and investors. By itself, anyone who can run the wallet software, it can be done on nearly all computer with an internet connection, can take part in securing the network and get staking rewards because of it. Like interest on a bank account, creating coins on the PIVX network allows you to increase your funds over time via staking rewards.

What Are the Benefits of PIVX?

PIVX is also energy efficient than other Proof of Work (PoW) crypto coins like Bitcoin due to the PoS consensus algorithms. There is also a network of masternodes that manage the PIVX blockchain. Masternodes guide the network and can vote on decisions regarding the future development of the crypto coin. There is also self-funding storage that releases funds for the new development of the PIVX blockchain.

Where Can I Create PIVX Algorithm Based Crypto Coins?

PIVX Algorithm based cryptocurrencies are a specific form of digital currencies that function as decentralized mediums of value exchange. Utilizing blockchains as the backbone of their architecture, innovative techniques, and distributed computing consensus models, cryptocurrencies are able to function outside of the traditional fiat monetary system.

So, if you want to create your own crypto coin using on PIVX algorithm then you must find out the best cryptocurrency development companies which support a diverse range of hashing algorithms, particularly PIVX Algorithm.

At Developcoins, we have technical experts specialized in PIVX Algorithm and develop new cryptocurrency using this prominence algorithm.

If you are looking for something even more in detail about PIVX Algorithm development please consult our blockchain experts @ Telegram, Whatsapp, Skype

Enquire Now For Your Cryptocurrency Development!