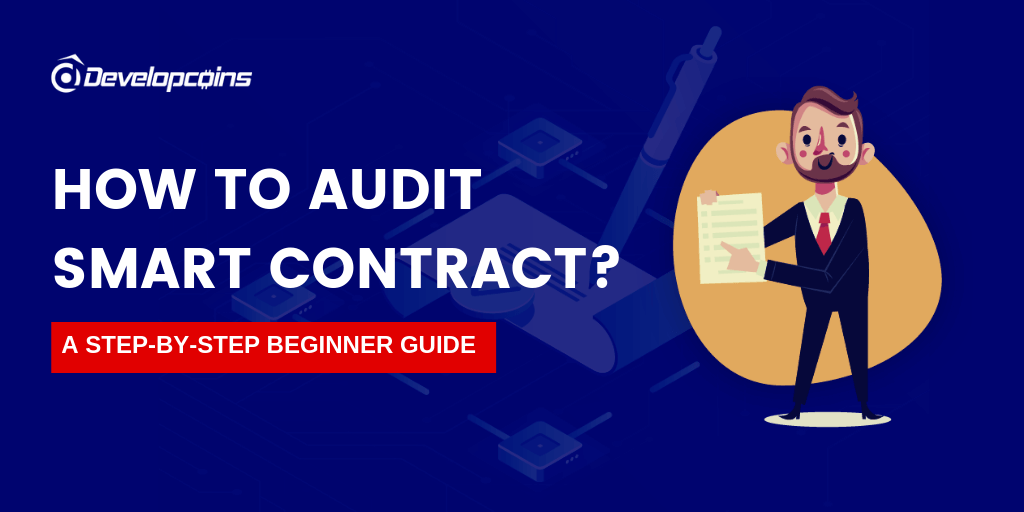 How to Audit a Smart Contract? – A Step-By-Step Guide For Beginners

Do you want to know How do audit smart contract? and what it can be used for, this guide is perfect for you!

Technically A smart contract is a prewritten code completed within a blockchain network (Ethereum is the most famous one) that allows secure targets to get executed when a specified goal is reached. Very similar to a traditional contract with digital on the top.

What is Smart Contract Audit?

Smart contract audit is the review of code by developers to resolve if the code is secure acting as whether there are any existing vulnerabilities, capabilities for future bugs or any errors in coding that could expose users.

With the complexity of the latest programming platform, it is possible for even well-experienced developers also to make mistakes when writing code. It becomes critical to verify correctness using unit testing and automatic tooling verification.

The smart contract security audit, which is executed using standards and protocols such as Solidified Verification Standard, is done before the code is hosted on Ethereum platform thus it can increase the security of the entire ecosystem and individual projects and block hacks.

Even though it won't guarantee that the code is 100% secure, the expert(s) reconsidering the code could find the problems and discuss possible improvements to the code to enhance the security of cryptocurrencies. The expert of developers can highlight critical issues that require to be checked and improved.

Known Some of the Attacks:

The below list of known attacks which you should be knowledgeable, and defend against when writing smart contracts.

How do Audit Smart Contracts?

Once check the entire audit will be completed on a deployed smart contract because your audit should be performed on a release candidate (RC), or the final Smart Contract stage before public release, as this is what is closest to the end-user product.

Here we are explaining the important audit steps for the smart contract!

First, you have provided A Legal Disclaimer and also Explain your background like Who You Are & your Audit Process in the contract
After that,

A manual code review will involve the team auditing/checking each line of code in order to analyze it for compilation and re-entrance mistakes as well as security issues. Generally, the primary focus should be paid to verifying security issues as these are the biggest threat to the successful long-term implementation of your smart contract.

Double-check that every detail in the specification is executed in a smart contract.
Find out that contract does not have any behavior that is not specified in specifications.

Check that contract does not violate original intended behavior of specifications.

In a manual code review, more than one auditor will review the code.

We will also establish that your smart contract has some mechanism to defend against unknown vulnerabilities.

We would ensure that smart contract code must respond to bugs and vulnerabilities well.

Our goal is writing and running the complete test suite.

In this step, we would also ensure that smart contract functions are not consuming unnecessary gas.

Gas limits of functions will be verified in this stage.

Most of the developers who create Ethereum smart contracts use Truffle to conduct automatic code testing. By choice, other developers use programs like Populus, a python based framework that allows for quick testing.

Some of the tools we would use are:-

In the end, we would provide you an end-to-end report along with details of audit and steps to cover up with the vulnerabilities if we found any in your smart contracts.