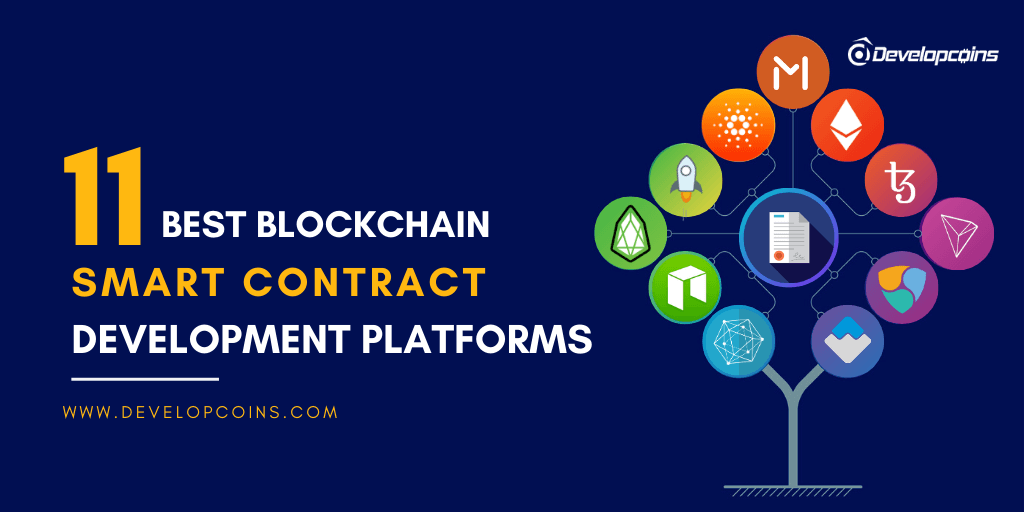 Smart Contract demand is flourishing along with cryptocurrency growth and due to the tempting traits of smart contract, its services became almost mandatory in various industries. This cherished Smart Contract Development Services is given by Developcoins.

Developcoins is a supreme blockchain development company across the globe, that is because of their uniqueness. Anyway, the smart contract need is increasing day by day in the business world. Based on the need, a smart contract can be developed in various Blockchain platforms.

This blog tells about the smart contract and about its development in diverse platforms briefly.

To all these questions, here is the answer…

Smart Contract is a type of contract which is upgraded as the smartest one to adapt to this fast-moving world. That is the reason why it is named as Smart Contract. This Smart Contract can be developed for different purposes in numerous industries. The main motive of the smart contract is, to build trust and keep the transaction safe, secured and unhackable which aids to avoid cheat, fraud, etc.

Does your startup or enterprise need to develop smart contract? Consult with our experts and get the best solutions for smart contract development.

That is why a Smart contract is created from the blockchain platform, to make it highly secured one and based on necessity smart contract platforms can be chosen, which also indicate the programming language.

This Smart Contract work process is known for everyone but the big advantage of this smart contract is that funds are automatically transferred, once the contract’s terms & conditions are met and satisfied.

Lets, we can see it with an example,

A: Bangladesh will win this cricket match.
B: No, England will win the match.

Then the contract is signed between two parties, A & B. The terms and conditions are created by the acknowledgment of these two parties. If, A won the bet then automatically, from B account the amount will be transferred to A and vice versa. The tempting part is that, after the defeat, the person cannot cheat the other one, the fund will be automatically transferred.

This is the simple process, how smart contract works.

There are numerous advantages in the smart contract, some are listed below as follows,

These are very few tempting rewards of the smart contract.

Ethereum is the second place in the crypto market and almost ruling the smart contract world because of it is peaked in popularity. If the decentralization and Dapp became trend of this modern world in the future, then this Ethereum will center of it.

Further Read - How to write enhanced smart contract in solidity?

It is an open-source platform which is backed by IBM and in this platform, various programming languages can be used to develop a smart contract, which encouraged the developers to prefer it. This Hyperledger platform has high performance and also supports plugin modules. One of the famous frameworks of hyperledger fabric uses Go language to code smart contract.

This Cardano platform is also used to create Smart Contract. However, the prime motive of Cardano is to offer security and aim to provide high scalability by their unique approach. In this platform, Plutus language is used to code smart contract which is based on Haskell and it acts as a functional programming language.

The ultimate aim of the EOS is to support the industrial-scale decentralized app by becoming the centre of decentralized operating system and the most tempting part of this platform imagination claim is,

It also aids to increase the scalability and here WASM language is used to code in this platform. This language aid to provide speed, efficiency, safe, open & debuggable.

The smart contract in the TRON platform is written in solidity language and it can be deployed in any public or private network for enterprise-grade applications. This platform is used to because of the following traits,

Stellar is considers as one of the best blockchain platform to create smart contract because of it is simplicity and easy while compared to Ethereum and NEM. Many enterprises prefer this platform because it facilitates international payment. This platform is launched in 2014, which made it to consider it as the oldest one. Later, in 2017 its collaborated with KlickEx and IBM to provide an affordable way to transact across the borders.

This Waves platform is launched in 2016 and provides the solution for blockchain implementation. It also facilitates smart contract development and execution. This platform is very suitable for crowd sales and ICO though its community remains small when compared to others. And it takes create tokens and smart contract while there will be no much need of technical language even when it is not a much high adaptable platform. Waves platform transaction process is very fast and highly scalable.

NEO is also known as ‘Ethereum of China’ and it was developed by Shanghai-based blockchain R&D company “OnChain”. The aim of NEO is to distribute the network for “Smart economy”. This smart economy is nothing but,

Tezos smart contract is unique and they are written by Michelson programming language. In this platform, the Smart contract code can be proved mathematically according to certain properties and using formal verification, the Tezos project makes smart contracts more secure and reliable.

The special advantage of this Tezos platform is no specialized tools are needed to create business-oriented DApp, there will be no need of compilers to translate the program into unreadable bytecode and the ability to analyze the smart contract code is an easy one.

Transaction of the mint coin in the minter platform enables the use of Telegram Open Network’s smart contract. Telegram Open Network (TON) is a project of Telegram. The fundamental tech tool on this platform is carried out by ICOs.s. and TON Virtual Machine (TVM) mechanism is used in TON smart contract. Well, this TON Smart Contract can be written in three different level language, they are,

Further Read - How to audit smart contract? A step by step guide for beginners

How to find the Best Smart Contract Development Company?

Developcoins is one of the Predominant Cryptocurrency Development Company which has wide knowledge industry experts along with skilled developers. Developcoins, provide Outstanding Smart Contract Development Services for all sorts of enterprises to start-ups. Our striking Smart Contract creation services, as well as the smart contract audit services, made enhanced to get a special place in the global market. We aid our cherished clients from analyzing the suitable smart contract platform for implementing it.

If you wish to create a Smart Contract for your start-up or business then feel free to consult with our team of blockchain experts. 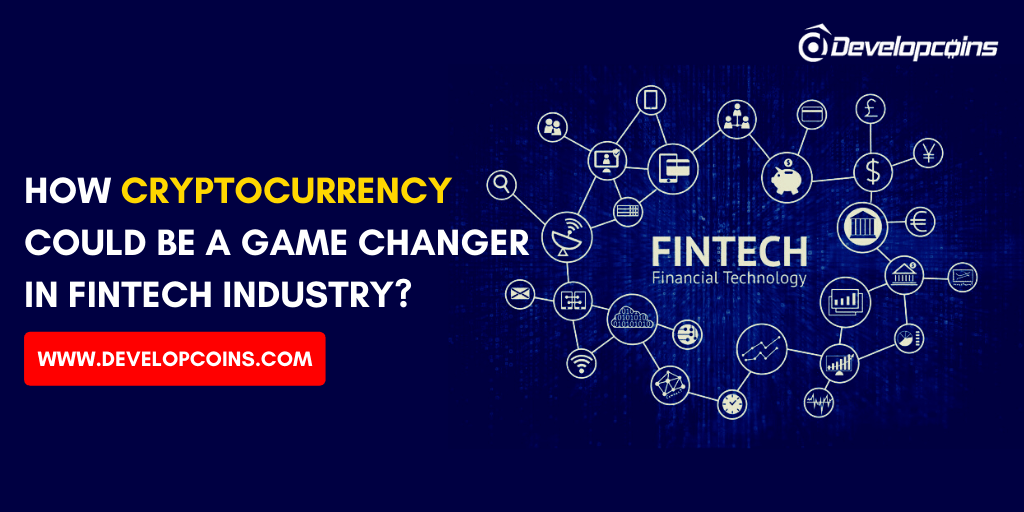 How Cryptocurrency Could be a Game Changer In Fintech Industry?