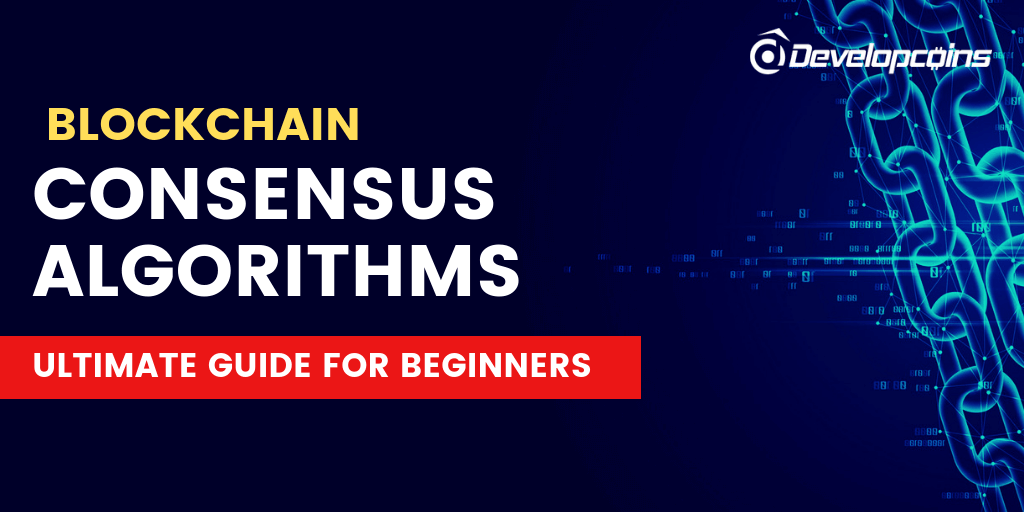 You already know that each and every online transaction that you make on an immutable blockchain network is completely verified and secured, but have you ever wondered why, or more importantly, how? Well, this is where blockchain consensus algorithms come into play, as there are several different ways in which various blockchain networks can both verify and secure a block of transactions on its network.

Here we will explain what is Consensus Algorithms?

What is Consensus Algorithms?

Even though many different consensus algorithms have been discovering for various blockchain networks, proof-of-work and proof-of-stake variations remain the most widely used mechanisms for reaching consensus.

Why is a consensus mechanism necessary?

To understand different types of consensus algorithms, we must first understand why cryptocurrencies use a consensus mechanism. Since there is no central entity in the blockchain network that verifies transactions, this work must be done comparatively by the nodes.

The blockchain rules out some nodes from creating money from nothing, but there may be misleading nodes trying to spend a currency twice, the so-called double spending.

For example, a fraudulent user could buy some goods in an online store and suddenly try to send the same tokens to exchange.

To avoid this double spending, the nodes must reach an agreement on which transactions to consider valid and which not.

The easy solution could be that each and every node votes for which transactions to include within a block and which not, but unfortunately such solutions would be weak. In fact, a malicious user could create thousands of nodes and manipulate the vote.

Let’s move over the different kinds of consensus algorithms which exist today! 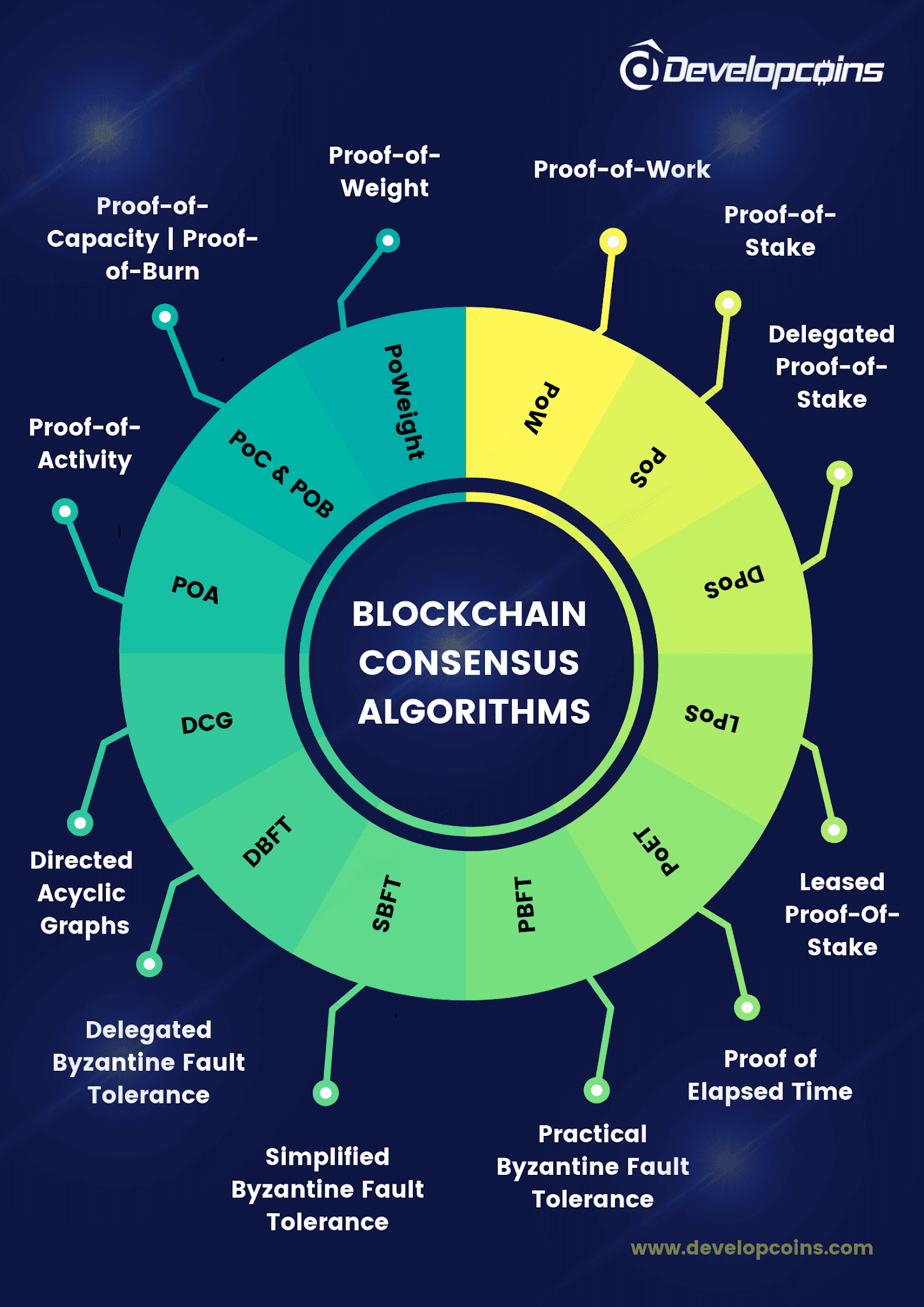 In cryptocurrency, proof-of-work (abbreviated to PoW) is a system that uses hard-to-calculate but easy-to-verify functions to limit taking advantages of cryptocurrency mining.

Initially dated back to 1993, the Proof-of-Work concept was developed to prevent cyber attacks, like DDoS (Distributed Denial of Service). A DDoS attack is a situation where a device like a computer gets breached and becomes filled with traffic, making your system overwhelmed and thus becomes exhausted and disabled.

Proof of work is a computer algorithm which is right now used by many cryptocurrencies like Bitcoin, Ethereum, Litecoin, and others to reach an agreement – or rather a decentralized agreement – around adding a particular block onto the blockchain.

In 2009 Bitcoin popularized an innovative way of using Proof-of-Work as a consensus algorithm that is used to validate transactions and broadcast new blocks to the blockchain.

Hashcash (SHA-256) is the proof of work function that Bitcoin miners use to solve computationally difficult math problems in order to add blocks onto the blockchain. This hashcash function produces a different kind of data that is used to verify that a substantial amount of work has been carried out.

The PoW concept is a need to explain a costly computer calculation, known as mining. This process was developed to confirm the legitimacy of a transaction or avoid a phenomenon called Double-spending.

The proof-of-work concept is as follows:

First, we must know about what’s a stake?

In crypto-terms, the stake is the cryptocurrency a user owns and pledges in order to partake in validation.

Proof of Stake (PoS) is a type of consensus mechanism in which users of a blockchain-based network have to stake some part of their coins or tokens, in order to have a chance at verifying transactions in a block.

Once a user is chosen to validate a block, and is capable to verify all transactions in that block, then they are rewarded a certain amount of cryptocurrency for their work.

PoS is comparable to the proof-of-work (PoW) algorithm in that they both need their network participants (or validating nodes) to reach a distributed consensus.

Also, one of the main objectives of consensus algorithms like PoS is to secure a blockchain network. In PoW, a user who verifies transactions is called a miner, but as specified, in PoS they’re referred to as a forger.

There are many crypto coins looking to convert over to a Proof of Stake system as it is much more centralized and energy efficient in the long run and very engaging to new investors with a newer concept.

The Delegated Proof of Stake (DPoS) consensus algorithm was created by Daniel Larimer, in 2014. Bitshares, Steem, Ark, and

A DPoS-based blockchain counts with a voting system where stakeholders expand their work to a third-party. In simple words, they are capable to vote for a few delegates that will secure the network on their behalf. The delegates may also be assign to as witnesses and they are responsible for attaining consensus during the generation and validation of new blocks. The voting power is equal to the number of coins each user holds. The voting system differs from project to project, but in general, each delegate presents an individual proposal when asking for votes. Frequently, the rewards collected by the delegates are proportionally shared with their respective voters.

Accordingly, the DPoS algorithm builds a voting system that is directly dependent on the delegates’ reputation. If a voted node misbehaves or does not work accurately, it will be quickly removed and replaced by another one.

In regards to performance, DPoS blockchains are more scalable, being able to process more transactions per second (TPS), when compared to PoW and PoS.

Waves network works on a leased proof-of-stake (LPoS) consensus algorithm combined with the Waves-NG protocol, allowing for a high degree of scalability and transaction throughput.

PoET is a consensus mechanism algorithm that is often used on the permissioned blockchain networks to determine the mining rights or the block winners on the network. Permissioned blockchain networks are those which need any prospective user to identify themselves before they are allowed to join. Based on the basis of a fair lottery system where every single node is equally likely to be a winner, the PoET mechanism is based on spreading the chances of winning fairly across the largest possible number of network users.

The timer is different for every node. Every user in the network is assigned a random amount of time to wait, and the first user to finish waiting gets to commit the next block to the blockchain. Compare to pulling straws, but this time, the shortest stem in the stack wins the lottery.

Simplified Byzantine Fault Tolerance (SBFT), a block generator will collect all the transaction at a time and confirm them after batching them together in a new type of block.

SBFT implements a new Byzantine fault tolerant algorithm that addresses the challenges of scalability and decentralization. Unlike many previous BFT systems that worked well only when centralized around less than 20 replicas, SBFT is optimized for decentralization and can easily manage more than 100 active replicas. SBFT provides a smart contract execution environment based on Ethereum's EVM byte-code.

Delegated Byzantine Fault Tolerance (dBFT) is a consensus mechanism that was made popular by a cryptocurrency called NEO. dBFT actually works in a similar fashion to a country’s governance system, having its own citizens, delegates, and speakers to ensure that the country (network) is functional. The method is similar to PoS rather than PoW, by using a voting system to select delegates and speaker.

DAG is mostly a form of data structure. While most of the blockchains are a “chain” of “blocks” containing data, DAG is an ideal graph where data gets stored topologically. DAG could come available handling specific problems like – data processing, routing, compression.

The concept of a DAG cryptocurrency (directed acyclic graph) was first launched in 2015 by Sergio Demian Lerner in his paper outlining his concept for a digital currency called DAG coin. DAG technology is another system that allows cryptocurrencies to function compared to those that use blockchain technology without the need for blocks and miners.

In a DAG, every transaction provides validation for one another. Network users are both miners and validators, although they cannot validate their own transactions. This usually means that in a DAG there is little or no need to pay fees.

Proof of activity is one of the many blockchain consensus algorithms used to assure that all the transactions following on the blockchain are genuine and all users arrive at a consensus on the precise status of the public ledger. Proof of activity is a mixed approach that conjoins the other two commonly used algorithms—namely, proof of work (POW) and proof of stake (POS).

Unlike PoW, Proof of Burn (PoB) is a consensus mechanism that does not waste energy.

The real computing power is not critical to avoid manipulation. In this case, the nodes destroy or burn their tokens if they want to create the next blocks and receive a reward.

With PoB, every time a user decides to destroy a part of their tokens, they buy a part of the virtual computing power that gives them the ability to validate the blocks. The more tokens they burn, the higher the possibility of receiving the reward.

Among the most famous cryptocurrencies that successfully use this mechanism today are SlimCoin (SLM), Counterparty (XCP) and Factom (FCT).

Proof-of-weight consensus mechanisms are based on the Algor and consensus model, created by researchers at the MIT Computer Science & Artificial Intelligence Laboratory. The Algorand protocol simplifies very quick transactions by relying on a Byzantine agreement protocol, which also makes it capable of scaling to many users.

So now that you’ve seen different kinds of consensus algorithms which exist today across the blockchain world, it’s necessary to be aware of why they exist in the first place. Without a consensus mechanism, many of the blockchain networks would not be able to work properly and execute its full capacity while still remaining decentralized and completely verified. Whether it’s PoS, PoW, or PoB (or even BFT), there are now numerous ways to handle the verification process when it comes to securing each new block on the blockchain.

Developcoins is the leading cryptocurrency development company in India. We help you to create your own crypto coin using advanced & secure blockchain consensus algorithms like Pow, PoS, DPoS, LPoS, PoET, PBFT, SBFT, DBFT, DAG, PoA, PoC, PoB & PoWeight. We have already created huge business and game-based tokens and coins for various blockchain business needs. We have built mineable and non-mineable tokens on solidity. Developcoins has certified blockchain developers, as a result, they are a strong fit for your crypto coin development project.

Our team of blockchain experts helps you choose the best options and coins that really suits your business growth. We provide reliable cryptocurrency consulting & development services that streamline the coin creation project as well as make them more secured.

Just fill out this form and create your own cryptocurrency using secure blockchain consensus mechanism! 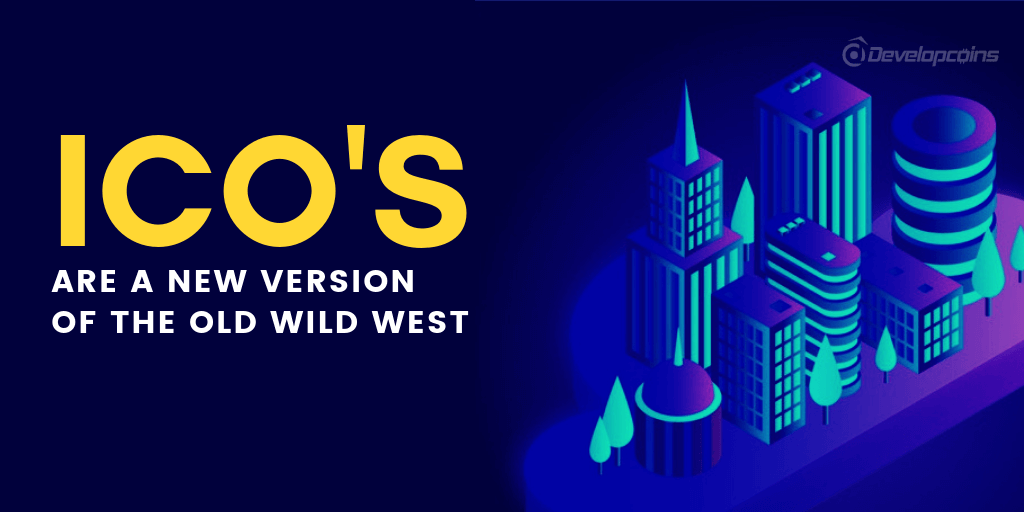