What is Decentralized Autonomous Organization (DAO)? A Complete Overview.

Understand what is Decentralized Autonomous Organization in detail and know about its features and benefits. 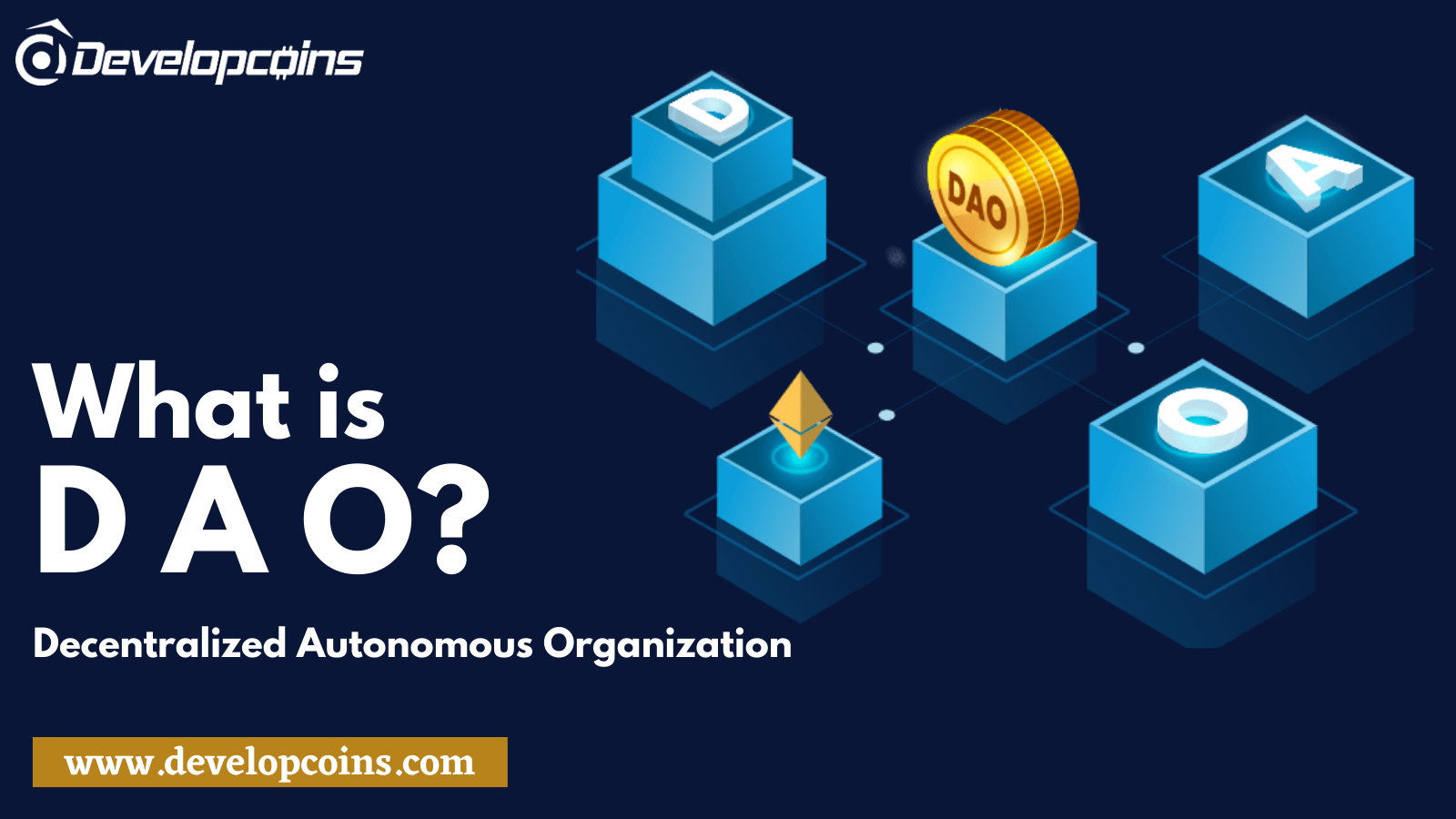 A Decentralized Autonomous Organization(DAO) is a non-centralized organization. A system of rules enforced on a blockchain governs the community, and choices are made from the ground up. DAOs are cooperatively owned and governed by their members. They have built in treasuries that may only be accessed with the permission of members. Decisions are made by suggestions that the group votes on over a set of period.A DAO operates without the need for hierarchical management and can serve a variety of objectives.

Transparent - Anyone can examine the code because it is open source and also everyone can see how decisions have been made on the blockchain.

No hierarchy - There is no hierarchical management. Usually stakeholders make decisions rather than managers or leaders.

Democratic Changes - By deciding on proposed changes , investors can alter the law of a DAO.

Open Access - Anyone with an internet connection could acquire or keep DAO tokens, granting them voting power in the DAO.

Recruiting - A DAO can hire the talents outside , since there will be a situation that only humans can.

Three steps to launch a DAO

A group of developers must create the Smart Contract for DAO's. They can only amend the rules specified by these contracts through the governance system after they debut. As a result, they must rigorously test the contracts to verify that no important details are missed.

Following the creation of the smart contracts, the DAO must decide how to receive financing and implement governance. Tokens are commonly sold to raise revenue which provide holders with voting rights.

The DAO must then be launched on the blockchain once everything has been set up. Stakeholders will now make decisions on the future of the organization. The founder of the organization, individuals who developed the smart contracts have no more influence over the project than other stakeholders.

How does DAO work ?

Smart contracts are used to construct the rules of DAO which are set by a core team of community members. These smart contracts lay the foundation for the operations. They are apparent, verifiable, and publicly auditable, allowing any potential member to fully comprehend how the protocol will operate always.

Once these rules have been formally written onto the blockchain, the DAO must figure out how to acquire funding and how to distribute governance. This is commonly done through token issuance, where the protocol sells tokens to raise funds and replenish the DAO's treasury. Token holders receive voting rights in exchange for their money which are closely follows to their holdings. The DAO is ready to be deployed once funding completed.

After deploying the code it can only be altered by obtaining a consensus through member vote. That is, no specific authority has the power to change the DAO's rules; it is completely up to the DAO's token holders to determine.
DAO Vs Traditional organization

According to growing number of ethereum proponents ,DAOs  can be the future of labour, human organizations , and cultural communities. As a result , some believe that DAOs like DeFi and NFTs will achieve popular adoption before them.

For example :
Assume a vending machine that requires manual input. Looking for technical problems, paying power consumption bills, collecting money, and reloading additional products all involve physical labour. Only if the machine has been a DAO would the human interactions have been reduced or eliminated.

The mechanism could be capable of transmitting records to server, where they would be processed by automated system. DAOs will take the place of CEO decisions , border meetings and ordinary operations in business , reducing the time spent on useless tasks. Furthermore, tokens can be used by shareholders for voting. DAOs can also use tokenomics for altering the recruitment process , hiring engineers and salary decisions.

The digital world has become a place where constant innovation is expected. DAOs are undergoing constant refinement like another innovative system. Open source systems have their own set of benefits and drawbacks. However, DAO can solve the endless potential to disrupt analogue systems that impede operations with superfluous administration.
To know more about the fascinating revolution that DAO brings into this crypto world, get in touch with Developcoins, a leading DAO development company 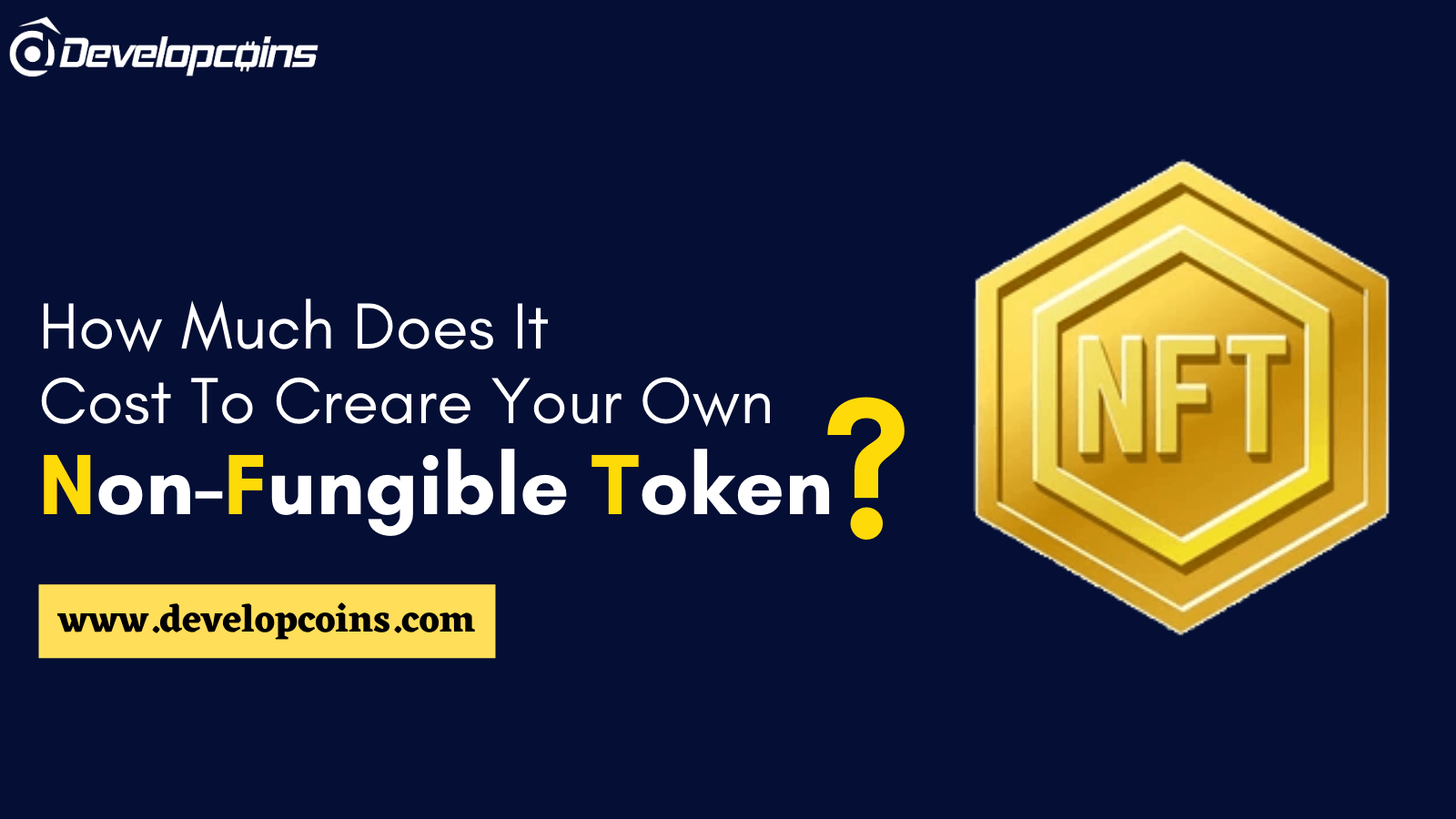 How Much Does It Cost To Create Your Own NFT ?