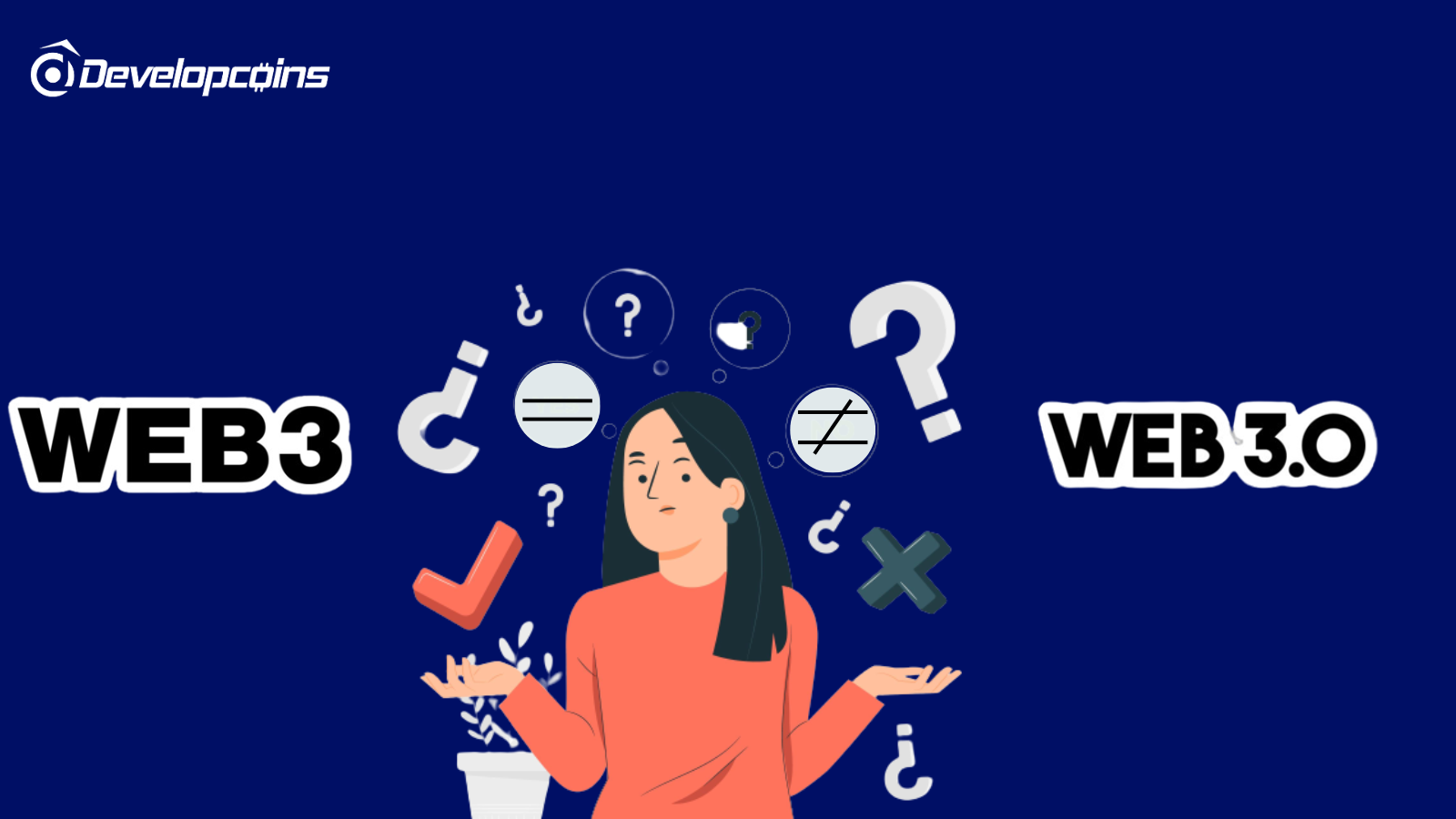 Web3 & Web 3.0, the two different ideas that we heard every day in the tech world over the past few days and they continue. But,” What are Web3 and Web 3.0?  What lies behind them? Are Web3 and Web 3.0 the same? - Are you having clumsy thoughts like those queries? This blog will give you a cluster clearance for all your confusion. Proceed further.

So far, many are thinking that both Web3 and Web 3.0 are the same thing, and some are having the thought that they are not the same.

But the fact may surprise you.  Lemme explain it in detail.

The main reason behind this confusion is the evolution of the Web. The web evolution moves from Web 1.0 (the static web pages) to Web 2.0 (the web of connection and collaboration) to Web 3.0 (the semantic web).

What Is Semantic Web?

The Semantic Web is a vision of an extension of the current Internet that furnishes software programs with machine-interpretable metadata of the published information and data. In simple terms, we can include further data descriptors over existing content and data on the Web

In the phase of moving with numbering progression from Web 1.0 to Web 2.0, Web 3.0 will be the next in the queue logically. But, rather than the trait of the semantic web, the tech has yet to grow a lot in terms of practical purposes and interactiveness to attain mainstream popularity. Whereas Web3 has taken fame clearly with the integration of decentralized technology and comes with the combination of below listed three things.

Hope, now you are clear that, Both Web3 and Web 3.0 are not the same. Right? Then it's time to know both of them in detail.

Web 3.0 is the next step of the web evolution from Web 2.o with the chief component called, “ Semantic Web”. This newly structured web makes the system more machine-readable with the easy to access resources, said Tim Berners-Lee - The inventor of the Word Wide Web.

The Semantic web solutions or Web 3.0 stores all the data in one place, the Solid pod. This lets you as a user to manage and control the data access over the applications. The WebID is included in the pod, which lets you to determine yourself online. To point out, the WebID is similar to the crypto wallet, permitting us to log in to the apps with social media accounts without losing control of our data.

Web3 is a generic term that represents the vision for a better Internet. Web3 is a platform that utilizes cryptocurrency, blockchains and NFTs to return power to the users in terms of ownership. Web3 is not interested in developing a similar web of hyperlinked resources, but to resolve the problems around both physical and digital asset ownership. The Server/client web model has been used “http/https” whereas web3 utilizes a decentralized model with blockchain protocols.

In short, Web3 is not an Internet revolution but a proposal for an alternative. The Web3 was invented by Gavin Wood, Co-founder of Ethereum with the chief motive to battle the centralized power of Web2 giants like Google and  Amazon.

The dark side of the web 2.o is that few platforms only have access to users' data and manage it in ethical and democratic ways. With the integration of blockchain technology, self-sovereign identities in a community-driven setting and decentralized storage, Web3 will cut off the issue of data ownership in web 2.0. They will get the power to decide who can access their identity and data.

In simple words, it is a system to record data that is impossible to trick and alter whereas every transaction is synchronized with the network of computers. Here, users are supposed to hold and maintain their identity and data in cryptocurrency wallets like MetaMask, TrustWallet and Venly. They can communicate with other blockchain apps and make decisions on who can access their data.

Why Is Web3 Important?

Web3 and Web 3.0 are similar in name as well as in their objective, Both aim to develop a better Internet version by maintaining users' control over data. But the main difference is the approach they chose to reach the purpose.

Here are the parameters Web3 and Web 3.0 differed from

The distribution model of Web3 is Decentralized and Peer-To-Peer whereas Web 3.0 is Client/Server.

Web3 is an alternative to the World Wide Web and Web 3.0 is the continuation of the WWW.

The subsequent protocols of Web3 is blockchain-based and Web 3.0 is http/https

The main philosophy of Web3 is eliminating intermediaries. For Instance, Including content creators with content consumers directly and neglect third parties in the transaction. Web 3.0 is the evolution of the web, evolving to a semantic internet to make web content more machine-readable.

Will both technologies rule the world? Will both attain popularity in their unique way? As mentioned earlier, the motive of web3 and web 3.0 is to provide a better Internet experience and it is more vital to mention that both are still being developed. Who knows, there will be a chance for the integration of these technologies, changes may occur in the web3 and web 3.0 development, one can beat the other, and both may come with the same protocols. Let’s wait together for the future Internet revolution with Web3 and Web 3.0.

Until then, Stay connected with the leading Web3 Development Company for constant Web3 and Web 3.0 updates. 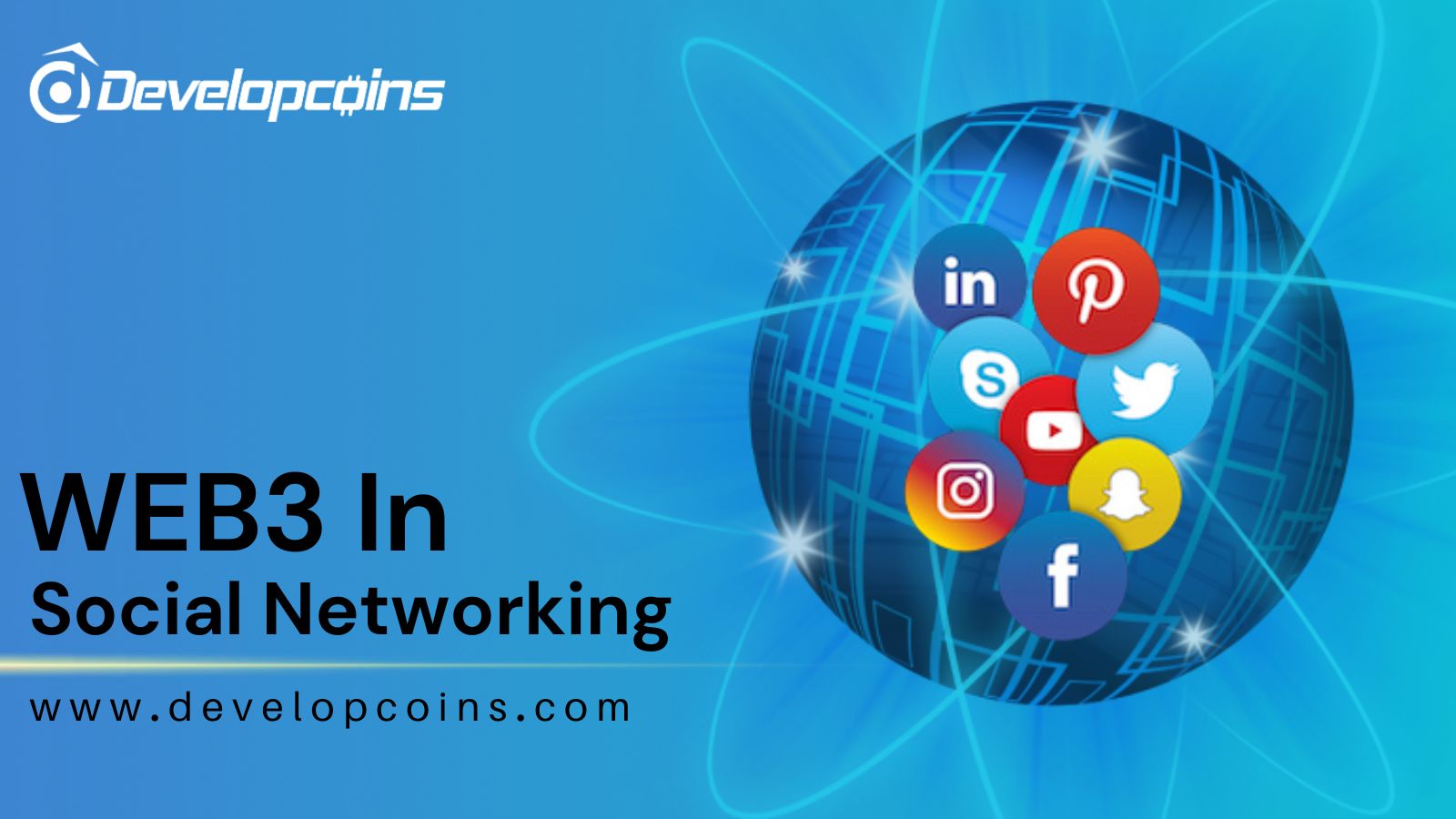